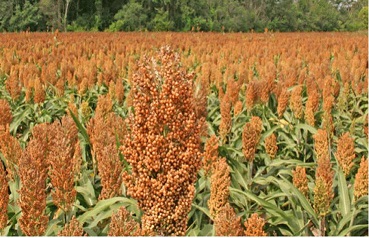 The organisation also notes that it has successfully stimulated the local economy and agribusiness with increasing demand for sorghum and other agricultural produce used to brew alcoholic and non-alcholic beverages in its plants located in three geopolitical zones of the country.
According to an official statement made available to BusinessDay, there is a systematic move to increase on annual basis, the local sourcing of raw materials used by the brewery firm in such a way that the taste, quality, and premium of its alcoholic and non-alcholic drinks are not affected and tampered with.
In a factory tour organised by the firm, Michael Daramola, director- legal and corporate affairs, IB declared that demands for sorghums and other agricultural products used in production of beer and non-alcholic beverages are on the increase and several clusters of farmers across the country and foods and agribusiness firms such as Olam Nigeria are already benefitting.
Although, Daramola assured consumers of beers and malt drinks brewed by the organisation that there would not be sudden removal of some foreign inputs in order to tamper with the taste, quality, and premium of its products, he however said there would be an increase in the local sourcing of raw materials such as sorghum and others as part of corporate governance and desire to help Nigerian economy grow.
ALSO READ: International Breweries Plc commissions CSI projects across South-Western States
International Breweries posts N6.84bn loss in six months
Daramola, who explained that the factory tour was part of the activities to mark the first-year anniversary of the Gateway Brewery as the largest brewery in Sub-Saharan Africa, added that systematic increase of local source of raw materials would rather improve on brewery quality and processing, which ensure both the quality of products that get to consumers and the safety of its employees, contractors, partners on-site and its host communities.
“We remain committed to adhering to the highest quality assurance processes to ensure we consistently produce international standard products. We continue to invest heavily in our people and we have some of the best and committed talents to drive these processes,” he said.
According to him, The Gateway Brewery is built on sustainability practices to minimize negative impacts on the environment.
“These actions help the plant to contribute to a better world by significantly reducing its carbon emissions, other greenhouse gasses, and air pollutants and NOX,” he said.

While speaking on waste management, he noted that there is a strict adherence to 100 percent waste segregation, effluent treatments, recycling of its bottles and by-product recycling as well as valuable and uncontaminated products like spent grains that are sold at cheap rates to the communities for animal farming.
The brewer also shared some of its corporate social investment (CSI) initiatives to further highlight its sustainability practices. These efforts are aimed at supporting the socio-economic development of Nigeria through its initiatives in the on Education, Health, Empowerment, Infrastructure support, and Responsible drinking.