Barely a week after it kicked off, the hit television reality show, Big Brother Naija (BBNaija), is already a subject of non-stop discussion among its ever-increasing fans and viewers.

On Sunday, June 30, Africa got to meet the 21 housemates for this season’s BBNaija show tagged ‘Pepper Dem’. 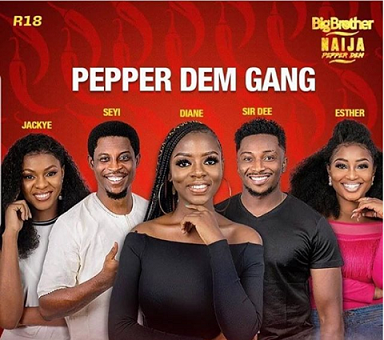 In just six days, a combination of arguments, fights, endurance and of course, romance, has sparked huge excitement among fans, even as the siting of the show in Nigeria continues to generate positive reactions.  Things have moved pretty fast in the House, as Kim Oprah clinched the Power Card in a game of chance on Sunday, while Jeff emerged as the first Head of House (HoH) on Monday. Judging by the first few days of the show, the 21 housemates are seemingly still sizing up one another, an expected development given that different characters have converged in a single house, with some of them remaining in the house for 99 days.

An important point made by viewers on social media is that the 2019 housemates seem to be more mature than housemates from the 2018 edition, with this year’s participants getting rave reviews for their conduct thus far. However, knowing the show has only just begun, how much longer can they retain their “calmness” without getting into any drama? Time will tell.

This perceived coolness has, however, not prevented the occasional emotional outbursts among the Housemates. On Tuesday, the first fight of the season occurred between two females, Tacha and Thelma, over fish! Both eventually put their emotions aside to escape being issued a strike by Big Brother. There has also been a minor dispute between Khafi and Kim Oprah, leading to distrust by the former. Avala similarly declared that she will always have trust issues with all the housemates, regardless of her closeness to any of them.

On the flip side, Omashola is already regarded by fans of the show as the comedian of the house. And it may not be hard to guess why. The handsome young man comes across as a humour bag and his happy-go-lucky way has given viewers much to laugh about.

Seyi Johnson, grandson of the late politician, Chief Obafemi Awolowo, appears to be the one with plenty of life experience and is always on hand to deliver motivational speeches. Some fans, however, view him as a chatter box.

BBN is incomplete without housemates expressing romantic feelings. Isilomo and Frodd have been quite cosy since the second day of and have even shared a passionate kiss. Similarly, Diane and Sir Dee seem to be cooking up something as they have become quite close.

But some of the housemates are not in a rush yet as they are still assessing their fellow contenders’ love interests, as evidenced by a midnight boys-only discussion among Frodd, Jeff, Seyi and the “confused” Ike, who appears to be in three minds over Ella, Mercy and Tacha. How well would all these potential relationships turn out?

The anticipation for the weekly house party on Saturday nights has also reached fever pitch after housemates served viewers a sample of what to expect. Diane, Thema, Ella, Isilomo and Tacha showcased a glimpse of their scintillating dance moves on Wednesday. There is surely a lot to expect in this regard.

As for who would win the competition, we are still three months away from knowing. This has not stopped fans from predicting and Diane, Omashola, Mercy, Frodd and Mike have all been on fans’ lips or, more appropriately, phone and computer keyboards, as potential favourites.

Fans of the show will find out who will claim the N60million worth of prizes only by staying tuned to DStv channel 198 and GOtv channel 29. Big Brother Naija “Pepper Dem” edition is available on all DStv and GOtv Max and Plus packages.

Weekly Money Flow In & Out of Stocks Trading At Glance For The First Week of July 6, 2019