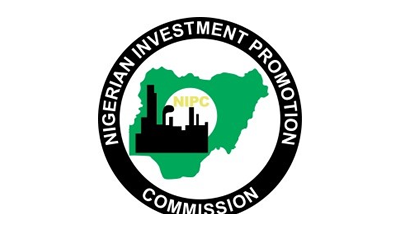 Between January and December last year, the Nigerian economy recorded a total investment commitment of $90.9bn in various sectors of the economy.

Figures obtained from the Nigerian Investment Promotion Commission showed that the $90.9bn proposed investments were made for 92 projects in 23 states and the Federal Capital Territory.

Comparatively, the proposed investments for 2018 showed a 27 per cent growth when compared to the  $66.36bn figure recorded in 2017.

An analysis of the sectorial investment, according to figures  provided by the Nigerian Investment Promotion Commission,  showed that mining and quarrying accounted for a huge chunk of the investment with 35 per cent of the total value.

This is followed by the manufacturing sector with 24 per cent, while construction with 20 per cent, transportation and storage with 15 per cent followed, respectively.

Other sectors, according to the NIPC, accounted for the balance of six per cent.

The commission said the investments commitments were made by investors from 20 countries.

It said domestic investors accounted for a huge chunk of the proposed investments with about 33 per cent of the value.

This is followed by investors from the United Arab Emirates with 20 per cent, while France stood at 18 per cent, and the United Kingdom 10 per cent.

The report said the balance of 19 per cent were investment commitments made by other investors from other countries.

The report stated that the Federal Capital Territory was the biggest beneficiary of the proposed investments as it got about 21 per cent of the total investment pledged during the period.

It added that Rivers State accounted for 18 per cent, while Lagos and Bayelsa got 14 per cent and 13 per cent, respectively

It stated that the other states accounted for the balance of 34 per cent.

The report noted that the most active month was September last year with 12 investment projects reported.

This is closely followed by the months of December and February with 11 projects each month.

The report stated that while September accounted for 22 per cent of the total value, December and February had 19 per cent and one per cent, respectively.