The International Oil Companies (IOCs) operating in Nigeria’s oil industry has commended the Nigerian National Petroleum Corporation (NNPC) on the payment of all the joint Venture (JV) cash calls arrears. 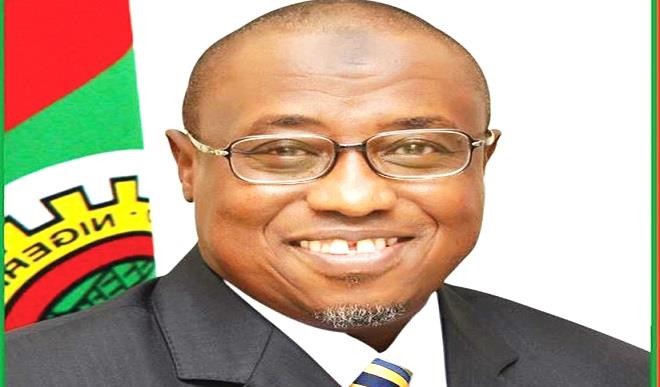 They made the commendation at the ongoing Nigerian Oil and Gas Conference and Exhibition, in Abuja on Wednesday.

They added that investment confidence and appetite were gradually coming back to the industry following the settlement of joint venture (JV) cash call arrears owed them by the NNPC.

The chief executives of the IOCs who spoke on investment opportunities in the sector said they were glad the issue which obstructed negotiations for investments in Nigeria at their boards, was now off.

“For as long as I have been in this industry, we have been discussing cash call as a never-ending issue, I think that we were able to sit down together as an industry and government to try and tackle that issue and we should not underrate the importance of that.

“What that has done is that it opens up the appetite to have a conversation about investment.

“Nigeria is competing for capital with every other country in the world and sometimes we forget that and think that we are world unto ourselves, but the reality is that each of these companies operate in 20, 30, 80 countries and people are competing for capital,” said Osagie Okunbo, Country Chair of Shell companies in Nigeria and Managing Director of SPDC.

Osunbor further stated: “If the first thing that happens in your discussion is that debts that has been properly incurred are not being paid by your majority partner, it moves that argument before you may even start a conversation.

“What is of significant today is that argument is off the table. For the first time, we finished a year without NNPC owing cash calls.

” I have a current CFO in Shell who was here five years ago and just returned, he says he cannot believe what is happening.

“Essentially what he spent his time here was chasing cash calls from NNPC, today, he doesn’t have to do that. That just essentially opens up the appetite.”

He stated that the industry must however insist of making the arrangement work, adding that there is the need to put our hands on the plough to ensure it does not derail.

“We cannot take it for granted that we have a funding structure that works and assume it will continue to work.

“I opened the paper sometimes and read that the governors have instructed NNPC to suspend payment of JV cash calls. We can’t do that, it is important that the very basis that underpins the progress we have seen in the industry is sustained.” he said

Osunbor, explained that issues around security, contracting cycle, sanctity of contracts and thresholds of JVs and Production Sharing Contracts (PSCs) still needed to be sorted, as well as the reform laws in the industry.

Also, the Managing Director of CNL, Jeff Ewing, stated that government did well in clearing the JV arrears.

“The execution of those agreements has gone very well, and it has really boosted our confidence in the JV.

“Some of the things that have happened have increased our activities in the JV because we have come confidence.”

Ewing, however explained that the rise in oil prices had brought a. Level of confidence as regards uncertainties in the industry.

He added that Nigeria needed to be competitive globally in the fiscal policies and ease of doing business adding that it was part of the IOCs discussion with government.

“The government is making some good steps on the PIB, changes to the JV oil terms – we are looking forward to that. We have also talked about our concerns in the public hearing on JV gas in deep-water terms, they need to be competitive to draw more money into Nigeria.

“We see a lot of potentials in Nigeria, there is a big oil and gas reserves here; we just need to have the right framework in place to have a globally competitive fiscal prices in place to help us develop,” he added.

Similarly, the Managing Director of MPN, Paul McGrath, explained that: “To unlock the potentials in the country, we need first of, certainty. The recent work that is being done in the petroleum industry bill and the reform in the national assembly, is an excellent piece of work, but it needs to have an end result.”

“We need to have an industry reform bill or set of bills that will attract international investment not push it away. I’ve been very encouraged with the dialogues we’ve had with the national assembly and the technical teams till date.

“They have listened, they are listening and tried to engage the industry and I think that is very interesting but at the end of the day, we need to stop talking about industry reform, have industry reform and then move on and unlock the potentials,” he noted.(NAN)