International Oil Companies (IOCs), operating in Nigeria may have dragged  the Nigerian Maritime Administration and Safety Agency (NIMASA) to Court over the controversial stevedoring charges.

Although, Business and Maritime West Africa  could not get comments from any of the IOCs, sources close to NIMASA said that the Agency has received notice of the action. 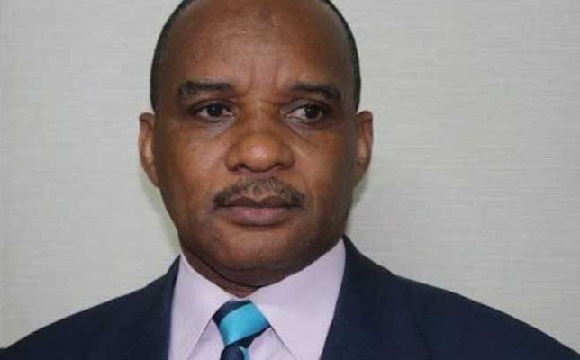 Recall that the National Association of Stevedoring Companies have alleged that the IOCs have not been operating within the laws of Nigeria in respect of stevedoring services, adding that they have continued to flout the nation’s labour laws.

NIMASA, last month, gave the IOCs and other employers of dock labour operating in Nigeria a 30 days ultimatum to remit the 0.5 percent stevedoring charges or face sanctions.

Speaking on the development, a former Director General of the Nigerian Maritime Administration and Safety Agency, NIMASA, Mr. Temisan Omatseye told BMWA that the IOCs see the stevedoring charge as too high.

The former NIMASA boss described as illegal the refusal of the IOCs to allow approved stevedoring companies into their operational areas.

He explained that NIMASA can also shut down the operation of the IOCs by virtue of the International Ship and Port Facility Security (ISPS Code) for refusing to allow approved stevedores into their facilities.

He stated: “The function of stevedoring is to provide dock labour services at points where they are needed, where you are loading at the terminal or at the ports and this falls under the International Labour Organization (ILO).

“This was the role of the Joint Maritime Labour Industrial Council (JOMALIC) and by virtue of the merger of NIMASA and JOMALIC, the issue of maritime labour now domiciles in NIMASA.

“In order to carry its function as part of the NIMASA Act, NIMASA is supposed to set tariff for stevedores. In setting out these tariffs, NIMASA has also specified the tariffs for terminals.

“It may not be equitable, the amount being charged because what we find out is that the IOCs have provided all the equipment.

“The bottom-line is that the IOCs challenge is that why should we be paying so much money to somebody who is not providing that service, that is their position.

“But I think their major position is the  fact that the tariff which NIMASA has set is rather high because they see these payments as additional cost of operation.

“But it is illegal for the IOCs not to allow the stevedoring contractors into their areas of operations because NIMASA itself can also shut them down the premises by virtue of the ISPS Code because the issue of the Safety of Life at Sea (SOLAS) Convention.

“By virtue of that, you have to put in place a registered stevedore in their facilities.’’

Speaking in same vein, Barrister Chris Ebare, a maritime lawyer and Vice Chairman of Institute Chartered Shipbrokers, Nigerian Chapter, however, said NIMASA was too quite over the collection of the stevedoring charges.

He commended the efforts of the current Director General of NIMASA, Dr. Bashir Jamoh,  for taking the bull by the horn and taking on the IOCs adding that the oil companies really have no choice than to cooperate with the current leadership of the Agency.

He said: “I do not blame the IOCs; what steps have NIMASA taken all these years to ensure that these levies are collected effectively.

“There has been this lukewarm attitude on the part of NIMASA over the collection of these charges. Previous leaderships of NIMASA had overlooked these things for too long because NIMASA concentrated its efforts on other sources of revenue and ignored revenue sources like the stevedoring charges.

“I have to really commend the effort of the current management of NIMASA led by Dr. Bashir Jamoh who has seen that every revenue accruable to government must be collected.

“These IOCs have been feeding fat because past NIMASA managements did not take some things serious; if I were the Director General, I would have retroactively asked to pay this charge ten years back.

“If there were any arrears being owed by these recalcitrant OICs, they will pay; we have to make them understand that it is no business as usual.”

Ecommerce and Shopping Culture in the emerging post Covid Era