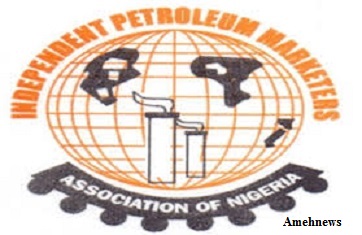 The Independent Petroleum Marketers Association of Nigeria (IPMAN) on Thursday expressed worries over the looming fuel scarcity in Ibadan due to non-availability of the product at the depot.

In a communique issued in Ibadan, Alhaji Raheem Tayo, the Ibadan Chapter IPMAN Chairman, said that the association was worried that the situation had persisted in spite of the intervention of the Vice President, Prof. Yemi Osinbajo.

Tayo said that that Federal Government had made substantial re-investment through the NNPC to ‘resurrect” the Ibadan depot which had been moribund for more than two years.

According to him, the development culminated in the inauguration of the depot by Mr Baru Maikanti, the Group Managing Director of the NNPC on Oct. 4, 2017.

Tayo also said that with the commissioning of the depot, followed massive pumping of petroleum products, mainly Premium Motor Spirit (PMS) to the depot which directly led to increased activity.

“The loading of petroleum product was so well unhindered thus wetting all the nooks and crannies of the depot jurisdiction of operation which eventually led to cessation of fuel scarcity.

“The primary factor that made the depot go under for some years was because of pipeline vandalism.

“Pipeline vandalism seems not to have been well taken care of as its resurgence becomes more daring thereby threatening another total closure of the depot with serious consequences to the supply of petroleum to the depot.

“Loading activities, which was on the high side, progressively reduced on daily basis up until July 26, 2018 when loading activities stopped completely at the NNPC Ibadan depot,” he said.

The IPMAN chairman said that the agitation by the Ibadan depot stakeholders led the NNPC management in Abuja to mandate their security department to meet with stakeholders.

He said that the meeting with stakeholders and other relevant security agencies in the state, aimed at finding solutions to the continuous damaging of the pipelines, was aborted.

“Now that the vandals have grounded Ibadan depot again because NNPC cannot push products through the pipelines, the public should brace up for another round of unpleasant period of fuel scarcity.

“It is unfortunate that with the arrays of security agencies and bodies including the Police, NCSDC, DSS, NIA, Army, Navy, Airforce among others, the simple task of maintaining the integrity of the Pipeline, a vital nexus in the supply of Product to the public has become unattainable on the course which is the vandals unstoppable.

Kindly Share This Story: The Progressives Solidarity Front (PSF), a socio-political group, has warned the…