Kindly Share This Story:
***** Urges government to consider credit note to marketers with oid stocks
***** Tasks FG on due process in changing prices
The Independent Petroleum Marketers Association (IPMAN) has lauded the federal government’s decision to reduce the price of Petroleum Motor Spirit (PMS) in the country, noting that it would give Nigerians the opportunity to buy more volumes with little money. 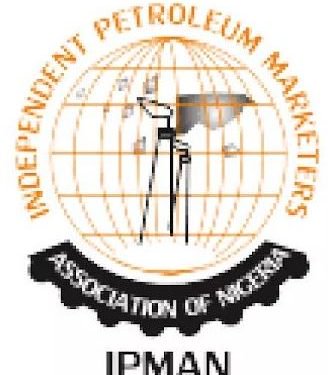 The Zonal Chairman, Independent Petroleum Marketers Association of Nigeria (IPMAN), South West, Mr Dele Tajudeen disclosed this in Lagos, adding that the reduction would also see the capital used by petroleum marketers in buying the products reduced.
It would be recalled that in line with the Federal Government approval for an adjustment in the pump price of petrol, the Nigerian National Petroleum Corporation (NNPC) has been directed to change their pump prices to N125 per litre from yesterday (Wednesday).
He however stated that the directive has been met with mixed feelings as it comes with both positive and negative impacts on the Nigerian economy.
He also tasked the NNPC on the need to carry stakeholders along when issuing policies, saying that it would help petroleum marketers adjust their operations according to demand.
In his words, “The reduction will further allviate the masses’ problem especially at a time when the nation is experiencing the Covid 19 outbreak affecting  every facet of life even the developed countries.
” The virus has paralyzed the global economy and it has affected our main source of income generation as a nation which has dropped to $24 per barrel.
“The reduction will enable people to buy more with little money and they can get more volumes. It is a welcome idea and we appreciate the move from the federal government. We want to assure the masses that as a body we will abide by the directives of NNPC, but however, the pronouncement has affected us positively and negatively.”
“Positively in the sense that the capital used in buying the products has reduced by about N660,000 which eventually is going to translate into a reduction in what we spend in buying the products, but the negative aspect is that we were not formally informed about the directive, because at any given time, we have products in our underground tanks because we do not wait till products finishes from our stations,” he added.
According to him, a whole lot of petroleum marketers loaded petroleum products yesterday and few days ago, adding that it would be impossible to sell the products in a day as some petroleum products are still in transit as at the time the pronouncement was made.
“The question is what will happen to those products that were loaded yesterday that are yet to get to their destinations. The communication from NNPC is unlike other federal government agencies that gives you a time lag for you to get prepared. This will translate to a great loss to be suffered by our members, because a truck load of 33,000 litres, the implication will be that we will be losing N660,000 and if it is a 45,000 litres, we will be losing N900,000 on a truck. These are the trucks loaded yesterday and some days ago not even talking about the ones in our underground tanks,” he said.
Tajudeen added: “The implication is that the product they have right now, they will be selling N20 below the amount they purchased and this translates to more than a billion naira loss across board. Our appeal to NNPC and to the federal government is that people who loaded yesterday and some days ago, should be considered by giving them credit notes, because at this point in time, we need to be encouraged because we cut across every nook and cranny than competitors who just remain the city. Our appeal to NNPC is to consider those who just recently loaded, because there is no how the products would have gotten to their station and in the nearest future, we are also appealing to the NNPC to always communicate with us early before coming out with new policies. If we were given 5 days, we would have reduced our stocks. It is a mixed feeling because we are happy the price is reduced and at the same time, we are battling with a whole lot of losses to our members.”
He however expressed the association’s commitment to work with the federal government to see that filling stations revert to the new price of PMS across the country.
“People that loaded from either NNPC depot  or private depots should be given consideration this is our appeal. As far as we concerned, we do not encourage our members to disobey constituted authority. They should revert to N125. We will help govrnment to ensure that people comply with the directives while appealing to government to look into cases of people who loaded recently,” he assured.
The Honourable Minister of State for Petroleum Resources had directed the Corporation to reviewed its Ex-coastal, Ex-depot and NNPC Retail pump prices accordingly.
Effective 19th March 2020, NNPC Ex-Coastal price for PMS has been reviewed downwards from N117.6/litre to N99.44/litre while Ex-Depot price is reduced from N133.28/litre to N113.28/litre.
These reductions will therefore translate to N125/litre retail pump price.
Despite the obvious cost implication of this immediate adjustment to the Corporation, NNPC is delighted to effect this massive reduction of N20/litre for the benefit of all Nigerians.
Accordingly, all NNPC Retail stations nationwide have been directed to change the retail pump price to N125/litre.