Piqued by the jumbo pension some ex-governors and ex-deputy governors are entitled to, civil service pensioners from across the country have kicked.

The retirees said the spirits of their deceased colleagues, some of whom were being owed their pensions, would not forgive ex-governors and deputies for living luxury lives at their expense.

They condemned the beneficiaries of such laws and the lawmakers for signing into law such benefits when civil service retirees are entitled to pittance, with many of them still being owed.

Some of the pensioners also described the situation as a grave injustice, expressing confidence that their colleagues who had died without collecting their pensions would curse the defaulters from their graves. 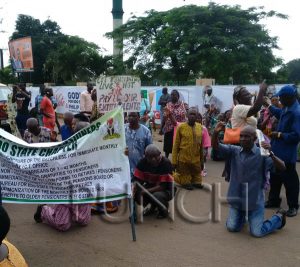 The Edo State House of Assembly had in November amended the ‘2007 Pension Rights of the Governor and Deputy Governor Law’, with the immediate past governor, Adams Oshiomhole, and his former deputy, Dr. Pius Odubu, expected to be some of the beneficiaries.

With the new amendment, the lawmakers approved the provision of residential buildings worth N200m and N100m for ex-governors and ex-deputy governors in the state, respectively.

Other benefits to be enjoyed by former governors in the state include pension for life at a rate equivalent to 100 per cent of their last annual salaries, an officer not above salary grade level 12 as Special Assistant, three drivers and three vehicles to be bought by the state government and liable to be replaced every five years.

Ex-deputy governors will get two vehicles every five years among other benefits.

Similarly, the ‘Lagos State Governor and Deputy Governor Pensions Law of 2007’ provides that “a former governor and family are entitled to free medical treatment. The ex-governor is entitled to a cook, steward, gardener and other domestic staff who are pensionable.

He is entitled to 100 per cent of annual basic salaries of the incumbent governor and one residential house each in Lagos and another in the Federal Capital Territory, Abuja.

The law also stipulates that a former governor of the state is entitled to a house in Rivers State and anywhere in Nigeria.

Among others, a former governor and an ex-deputy governor will be earning severance gratuity allowance of 300 per cent of their annual basic salary as of the time of leaving office. 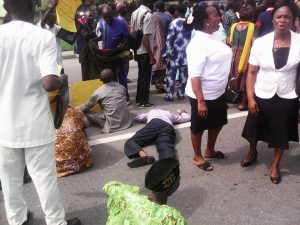 In Kwara State, the law also stipulates that qualified former governors and their deputies be paid pension for life.

According to the law, which was reviewed in 2010, a former governor is entitled to two cars and a security car, replaceable every three years.

He is also entitled to a “well-furnished five-bedroom duplex and furniture allowance of 300 per cent of his salary.

However, the Chairman, Kwara State Local Government Pensioners Association, Alhaji Isiaka Akanbi, said that local government pensioners in the state were being owed eight or nine months’ pension arrears, depending on the local government concerned.

Akanbi described the jumbo pensions and other entitlements for some ex-governors and ex-deputy governors as “very sad and insensitive.”

He said, “They should abolish such laws. It is devilish. We will never forgive the lawmakers if they do not cancel such laws. The spirits of our dead colleagues will haunt them. Even God will not forgive them.

“How can we work so hard for 35 years and we are hardly paid our pensions, yet lawmakers are approving such outrageous largesse for people who only served for four or eight years? It is really ungodly and sad.” 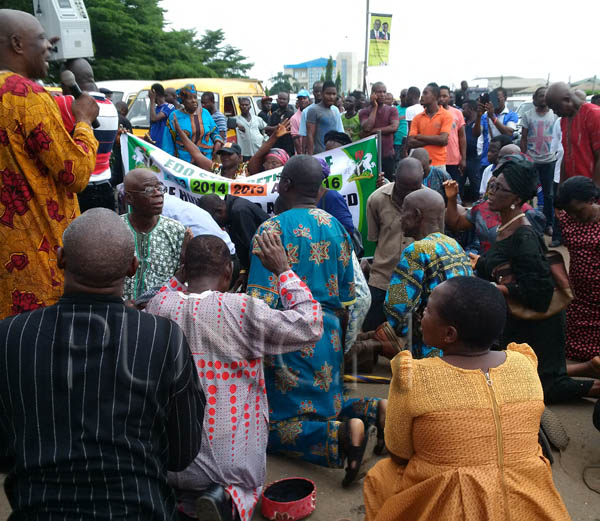 The Secretary, Nigeria Union of Pensioners, Ogun State chapter, Dr. Bola Lawal, described the recent amendment to the pension law by Edo State lawmakers as the “highest height of man’s inhumanity to man.”

He said though pensioners in Ogun State were not being owed pensions, some of them were yet to get their gratuities since 2012.

NUP Chairman in Ondo State, Mr. Raphael Adetuwo, said members of the union were being owed five months’ pension arrears by the state government and that some illegal deductions were also being made from their entitlements.

Meanwhile, the ex-governors don’t need such money because they already enriched themselves while in the office.”

Similarly, the NUP Chairman in Adamawa State, Samson Amuru, called on lawmakers legislating jumbo entitlements for ex-governors and ex-deputy governors to have a rethink and show mercy to pensioners, who have been dying in penury. 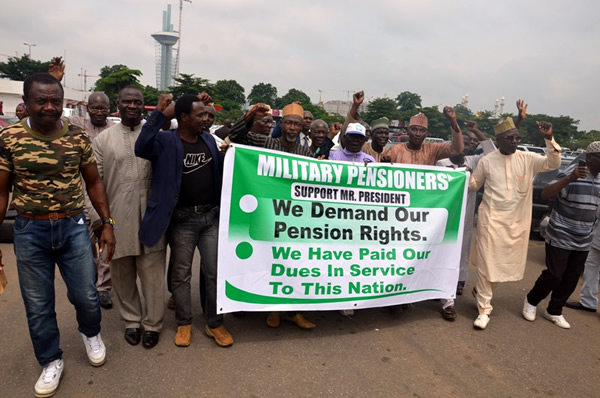 For his dead colleagues who died while awaiting their benefits, Almuru said they had gone to their graves, saying, “It will never be well with those who had withheld their entitlements from them.

“When they were dying, they said ‘Allah Ya Isa’, which can be translated to mean that whoever was supposed to pay them their benefits and didn’t pay them would never end well.”

Amuru’s counterpart in Anambra State’s chapter of NUP, Mr. Jerry Nnubia, considered the actions of the said lawmakers as worse than the South African Apartheid.

He said, “It’s worse than the South African apartheid era for anybody to pass such discriminating law. I condemn the lawmakers who pass such obnoxious laws.

“Most civil servants retire into trouble at the end of their service years. They don’t have a home to retire to; no health scheme for them and they eventually die in penury.

“By simple arithmetical ratio, somebody who worked for 35 years is supposed to earn far higher gratuity than somebody who served for only eight years.

“It is natural that wherever some of these dead retirees are, they won’t be happy with their oppressors.” 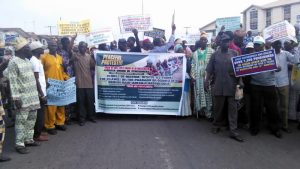 “We cannot forgive anybody, including the governors or their deputies, who defrauds pensioners of their benefits. God will always judge them for us but we will not forgive them.”

Niger State NUP also bemoaned the way pensioners are being treated all over the country.

Its Assistant Secretary, Mr. Emmanuel Jiya, lamented over cold treatment given to pensioners in some of the states.

He said, “Most of the pensioners who have served the nation cannot afford their medication; this is a wicked generation.

“My word for lawmakers making such obnoxious laws is that they should fear God and remember that one day, they will give account of what they have done on earth,” he said.

Danbatta says broadband penetration has surpass 30 percent by 12.02 percent, stood at 42.02 per cent as at July