The Chief Judge of the Federal High Court, Hon. Justice A.A. Kafarati has again reminded the nation that the success of Asset Management Corporation of Nigeria (AMCON) in the discharge of its recovery mandates would only be enhanced if other safety net players and stakeholders, which include the judiciary effectively play their respective roles. 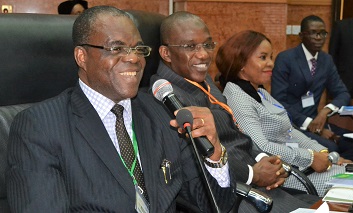 AMCON is saddled with the arduous task of recovering over N5trillion owed by recalcitrant obligors. However, the management of AMCON is bent on recovering the debt especially as the sunset date of the corporation draws even closer. The development has led the management of AMCON led by Ahmed Lawan Kuru, Managing Director/CEO to switch its recovery strategy to more of enforcement.

Justice Kafarati who spoke at the weekend during the opening of the AMCON 2019 annual seminar for Hon. Judges of the Federal High Court, which was organised in collaboration with the National Judicial Institute (NJI) at Rose Ukeje Hall, Federal High Court Complex, Abuja reiterated the fact that AMCON’s success at recovering the outstanding huge debt would to a large extent depend on the corporation AMCON received from sister agencies as well as critical stakeholders especially the judiciary since most of the cases of AMCON and its obligors end up in court.

“The success of AMCON therefore in the discharge of its mandates would, to a large extent be enhanced if other safety net players and stakeholders, which include the judiciary would effectively play their respective roles. I am particularly pleased that AMCON has recognised the judiciary as an important stakeholder, which has a critical role to play in the sustenance of financial integrity in Nigeria.”

Justice Kafarati concluded by reminding the participants that the federal high court should actually do more to support AMCON recovery drive since the court has the unique constitutional responsibility and exclusive jurisdiction in respect of all AMCON matters. Again he said, “We are therefore integral and certainly indispensable to the holistic implementation, realisation and accomplishment of the AMCON mandates as provided in the AMCON enabling Act.”

Earlier in his remarks, the AMCON boss told the judges that AMCON had always emphasised that the huge portfolio of AMCON debt is not the problem of the corporation as an entity, but a national debt, which if allowed to crystalize will portend serious negative economic and social consequences for the entire nation. 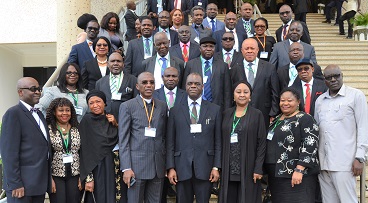 AMCON he said is constantly under the observation of international monetary institutions and have entertained visits and inquiries from the World Bank and the International Monetary Fund (IMF) with respect to our strategies for resolving the over N5trillion or $14billion USD debt held in AMCON portfolio, which of course AMCON would not want to be a drain on the federal budget.

According to Kuru, “In April this year, the IMF released its Country Report No. 19/92 where it recognized the Central Bank of Nigeria (CBN) as AMCON’s main creditor and that the AMCON debt creates additional contingent liabilities for the federal government. This underscores the need for a serious concerted effort by all relevant stakeholders, especially the judiciary towards achieving the most effective loan workout option.

“As part of our renewed strategy for recovery, AMCON is focusing more on enforcement. It has become clear to us that in order to attain the target as we approach sunset of 2024, we must redouble our efforts in the area of recovery. The AMCON Act anticipated a situation where we may need to enforce if negotiations fail. Negotiations have failed us, given our sun set date. It is also clear to us that we cannot go very far without the strong support of the judiciary. My Lords would have noticed that the volume of AMCON cases have grown since June/July 2018.

“At this stage of our recovery efforts, given our experience with the traditional litigation system, it has become imperative to consider other dispute resolution mechanisms, giving the slow pace of litigation, obligors’ propensity to hide under technicalities, and AMCON’s sunset timeline,” Kuru stated. 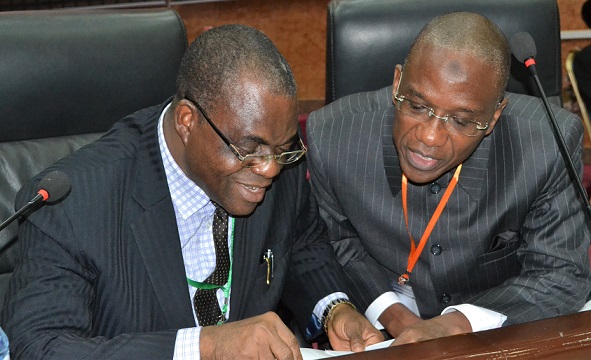 The theme for this year’s edition of the seminar, which was facilita ted by Legal Academy is “The Dynamic and Proactive Deployment of AMCON Special Powers and Alternative Dispute Resolution (ADR) in the Effective and Efficient Resolution of Troubled Assets. It featured presentations from Justice Nnamdi Dimgba PhD.; Justice Olayinka Faji and Mr. Chuka Agbu PhD. There were also Justice I.N. Buba and Justice Ijeoma L. Ojukwu and Justice Binta Nyako who chaired different sessions of the seminar, among others.