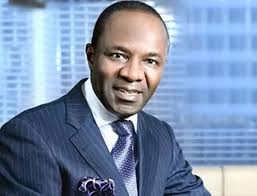 The Minister of State for Petroleum Resources, Dr Ibe Kachikwu, will join operators to address energy infrastructure deficiency in sub-Saharan Africa at the Africa Oil and Gas Summit in Nairobi, Kenya from October 10-12.

The summit’s co-convener, Mr Oladeji Olawale, told reporters in Lagos that going by the United Nations projection, Africa’s population would hit 2.3 billion by 2050 while International Monetary Fund’s (IMF’s) projects that the continent will average 6.5 per cent Gross Domestic Product (GDP) growth by the same period, Africa has a lot to do to achieve economic prosperity and energy sufficiency.

He noted that Africa holds about eight per cent of world’s proven oil and gas reserves with more new discoveries being made.

According to him, population growth comes with increase in demand for energy and despite Africa’s adequate energy reserves. There is no infrastructure to these reserves to meet its energy needs. If urgent steps are not taken to address the problem, the energy deficit will get worse.

It is in view of these challenges that the Sub-Sahara African Oil, Gas and Energy Summit (SSAOGES 2018)  will   enable stakeholders find solutions to the issues.

Olawale said finance institutions, such as Afrexim, among others, would attend the event to meet with investors to discuss on energy infrastructure provision. He said there would speakers from power generating, distribution and renewable energy companies as well as oil and gas firms  from US, Germany, Britain, Russia and African countries, among others.

The goal of the summit is to fashion out efficient ways to begin to develop the needed energy infrastructure for the future, he added.