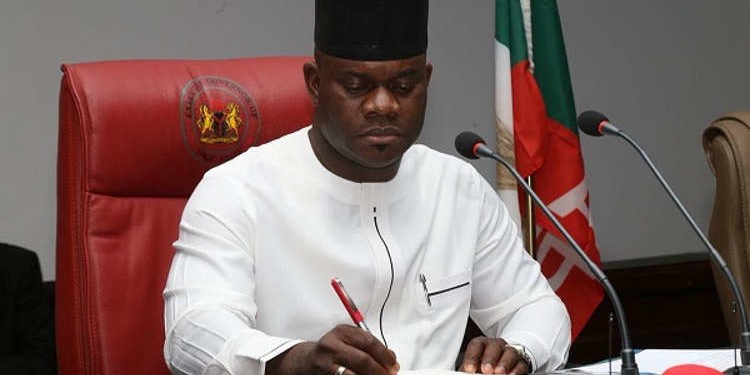 Bello, who is seeking a second term in office, is the candidate of the ruling All Progressives Congress (APC), for the November 16 governorship election in the state.

Reacting to the trending news of an alleged secret meeting between Bello and Idris, the Abubakar Ibrahim Idris Campaign Organization, described it as not only untrue but malicious.

The erstwhile PDP governorship aspirant’s campaign organisation in a statement signed by the media aide, Issah Lucky Itopa, copies of which were made available to newsmen on Wednesday, in Lokoja, said that the allegation was aimed at causing disaffection in the rank of his supporters.

The statement read: “We debunk the malicious story trending on the social media that the next governor of Kogi State was in a secret meeting with Governor Yahaya Bello.

“They are lies; fake and intended to create disaffection among the ranks of supporters and followers of a man focused and waiting to salvage Kogi state.

“The story is a figment of the imagination of mischief makers and has failed from inception as the support base of Alhaji Abubakar Ibrahim remains intact.

“In any case who is Governor Bello in terms of pedigree, character and integrity to offer Alhaji Abubakar Ibrahim money as was alleged. We’re bold to state that it is a known fact that the top contender to the seat of governor in the state is a man of impeccable character.

“We, therefore, ask those behind the fiction to bury their heads in shame as Alhaji Abubakar Ibrahim will pursue his case to a logical conclusion.

“While the wheel of justice may be slow, Alhaji Abubakar Ibrahim wish to restate that come November, the PDP will win overwhelmingly and by the grace of God take over the leadership of the state in January 2020.”