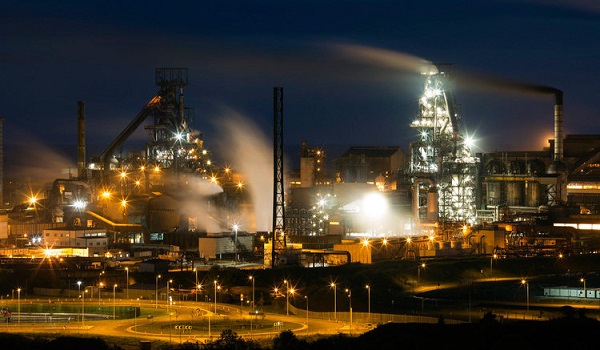 The Kogi state House of Assembly has commended Speaker of the House of Representatives Hon Yakubu Dogara for his efforts toward reviving and revitalizing the comatose Ajaokuta Steel Company Limited.

In a unanimous resolution, the lawmakers recognised the Speaker’s leadership and advocacy in reviving the steel company which has the potentials of generating over three million jobs when fully functional.

The Speaker’s media aide Turaki Hassan said, in a letter addressed to Speaker Dogara and signed by the speaker of the state assembly Hon. Prince Matthew O. Kolawole, the MPs said they deliberated exhaustively on Hon Dogara’s “working visit to the state for an on-the-spot assessment inspite of other engaging national assignments and your personal determination to revitalizing the moribund steel company.”

“The Assembly resolved that in recognition and appreciation of your determination and bold initiatives in bringing together the Hon. Members of the House in an effort to revitalizing the Ajaokuta Steel Company, do herewith and accordingly forward to your good offices its commendation for your personal and official roles in making Ajaokuta Steel Company work again.”

The Kogi lawmakers further urged Speaker Dogara to continue with the good work of proving better legislation for the Federal Republic of Nigeria.

It will be recalled that the Speaker led scores of lawmakers on a visit to Ajaokuta on February 12 2018.

Thereafter, the House organized a Special Sectoral Debate on reviving the company where experts made presentations to the MPs in plenary.

The House consequently passed a resolution stopping all actions that will lead to the concessioning of the steel company and a bill for Act to authorize the withdrawal from the consolidated revenue fund of the federation the sum of $1 billion (N360 billion) for the completion of the Ajaokuta Steel Company was also passed into law by the House.

Another bill which amended the Privatization and Commercialization Act that expunged Ajaokuta Steel Company from list of public enterprises to be privatized was also passed by the House.

On December 7, 2018, the House asked the Economic and Financial Crimes Commission (EFCC) to investigate and prosecute owners of the Ajaokuta Steel Company Limited and bar them from further conducting businesses in Nigeria.

The lawmakers also asked the Federal Government to cancel the privatisation of the company and revive it with the loot recovered from a former military dictator, the late Gen. Sani Abacha.

Kindly Share This Story: The Advertisers Association of Nigeria (ADVAN) has donated relief items worth…