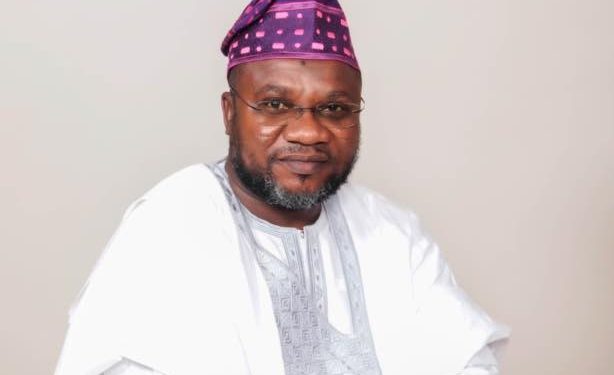 The astronomic rise of Kunle Rasheed Adegoke, with the moniker KRAD, can be likened to that of proverbial ram that moves back in a fight to acquire more fire power.

It was Winston Churchill, former Prime Minister of the United Kingdom who said: “Success is not final, failure is not fatal: it is the courage to continue that counts.”

Following this apt quote, every hurdle KRAD faced while growing, was a stepping stone to greatness for him.

He did his Advanced Level studies at the Osogbo Grammar School and later gained admission to the University of Ilorin where he studied English Language and Literature between 1989 and 1992.

While in the University, KRAD was actively involved in student union politics. He was Secretary General of the University of Ilorin Students’ Union and Secretary of Zone C of the National Association of Nigerian Students (NANS), earning the sobriquet KRAD, coined from (Kunle Radical).

After several agitations and struggles for the right of his fellow student, he paid the utmost price for student activism. He was expelled from the University of Ilorin in March 1992, as a final year student.

In quick succession, he wrote the University Matriculation Examination (UME) again in 1993 and, upon a brilliant performance, was offered admission to study Law at the University of Lagos in 1994/1995 Session.

Unrepentant KRAD, a nightmare to the University management and voice for the voiceless students, faced another stiff challenge at the University of Lagos.

He was suspended by the school authority on 5th September, 1997, his birthday and subsequently expelled same month.

Cheated and oppressed KRAD, proceeded to the court to seek justice for the punishment meted on him. He challenged the University’s decision in court until he was later re-instated in May, 1998 by Justice Tajudeen Odunowo of the Federal High Court, Lagos.

He later attended the one-year vocational studies in the Nigerian Law School between 2001 and 2002. He was called to the Nigerian Bar in February, 2003 as a Solicitor and Advocate of the Supreme Court of Nigeria.

He proceeded to obtain his Masters’ Degree in Law with 4.0 Grade Points from the Faculty of Law, University of Lagos in 2009.

A seasoned lawyer with many laurels to his credit, after cutting his legal teeth with the distinguished law firm of Olaniwun Ajayi LP between April, 2003 and September, 2004, he went into private practice in a thriving partnership in the law firm of M. A. Banire & Associates for over a decade.

Today, he is the Principal Partner of Kunle Adegoke & Co. with offices located in Lagos and Abuja, Nigeria.

The outspoken lawyer was counsel to the former Governor of the State of Osun, Ogbeni Rauf Aregbesola, as he represented him during the long battles to reclaim the people’s mandate between 2007 and 2010 and the infamous forgery trial that accompanied it.

He represented many members of the House of Assembly of Lagos State in 2007 – 2008 and 2015 in several election petitions; and was counsel to the All Progressives Congress (APC) in several matters including the case of Agbaje and Ambode.

He is also on the legal team of President Muhammadu Buhari at the 2019 Presidential Election Tribunal.

Kunle Adegoke served as a member of the Strategy Committee for the election of AB Mahmoud, SAN as the President of the Nigerian Bar Association in 2016. He also served as the Secretary of the North East Task Force of the Nigerian Bar Association responsible for rendering legal service for the rehabilitation of the victims of boko haram insurgency in the North Eastern States of Adamawa, Borno and Yobe.

He served as a co-opted member of the National Executive Committee of the Nigerian Bar Association.

In 2019, Adegoke was shortlisted by the Legal Practitioners Privileges Committee, a body that selects lawyers for conferment of the prestigious rank of the Senior Advocate of Nigeria. The Chief Judge of Lagos State swore him in as a Notary Public in 2017.

He is happily married to Olufunmilola and blessed with four beautiful daughters, Mofe, Tara, Sewa and Funmi.