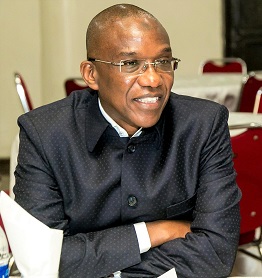 AMCON in a statement signed by Mr Jude Nwauzor, Head of Corporate Communications at the Corporation said Kuru would be speaking on the theme; “Financial System Stability in Nigeria: AMCON Role and Scorecard,” which would enable him x-ray the activities of AMCON operations under his watch vis-a-viz the overall performance of the economy of the country, which impacts on businesses.

The breakfast meeting, which would take place at the Lagos Oriental Hotel 3, on Lekki Road in Lagos would be attended by NACC members led by the Chamber’s Chairman, Otunba Oluwatoyin Akomolafe; top business moguls and decision makers; the media as well as members of the diplomatic community.

Kuru is a career banker with professional experience spanning over three decades across investment banking, risk management, operations, human capital management and marketing amongst others. Prior to his appointment as MD/CEO of AMCON by the Presidency on August of 2015, he served as the Managing Director/CEO of erstwhile Enterprise Bank Limited. His ingenuity at turning the then beleaguered bank around and returning it to profitability earned him the famous name in the financial sector as the turn-around-agent.

Since arriving AMCON, Kuru who is not daunted by the herculean task at AMCON whose total debt obligation of over N5trillion, which represents over 50% per cent of the 2019 national budget; 30 per cent of the 2019 total national debt, and 10 per cent of the country’s nominal gross domestic product in 2019, has made some far-reaching changes at AMCON, which has increased the tempo of recoveries, just as he strategically refocused AMCON on value enhanced exit of its portfolios.

The NACC on the other hand, which selected Kuru as Guest Speaker for this year, is the first and oldest bilateral chamber of commerce in Nigeria. It was established in 1960 to enhance business relations between the United States of America and Nigeria. The Chamber started as a Luncheon Club earlier known as the Nigerian-American Friendship Club with few eminent Nigerians and an American namely, Late Sir. Mobolaji Bank Anthony, Chief (Dr.) Christopher Ogunbanjo and Bob Fleming, the Public Relations Officer of Mobil. The Luncheon Club gradually metamorphosed into NACC with Late Sir Mobolaji Bank Anthony as its founding President. 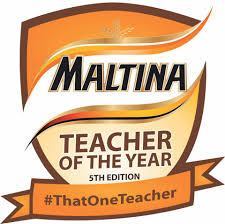 More than 58 years on, the NACC has grown into a dynamic organization. It stands as a pillar of the relationship between the United States of America and Nigeria, serving as an important catalyst in bringing together people and ideals to bolster bilateral commercial relations between Nigeria and the United States. The NACC has close to 1000 members spanning different sectors of the economy in some eight chapters across the country and in Houston, USA. This has enabled the Chamber to realize its lofty aims and objectives, which include the fostering of trade and commerce investment between Nigeria and the USA and liaising with the Nigerian Government and its agencies throughout the country on trade and industry related matters.