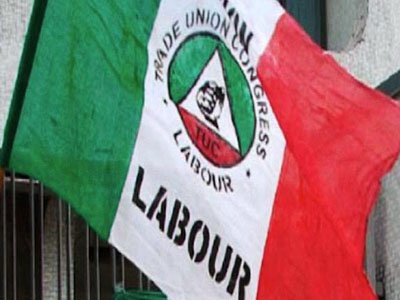 The National President, Nigeria Merchant Navy Officers and Water Transport Senior Staff Association (NMNOWTSSA), Engr. Matthew Alalade, has accused indigenous ship owners of having discriminatory conditions of service skewed against local seafarers.
Speaking in Lagos during a parley with journalists, Alalade said that the condition of service for Nigerian seafarers was abysmally poor compared with what foreigners collect as remuneration from the shipping operators.
A worried Alalade urged ship owners to encourage Nigerian seafarers engaged aboard their vessels by treating them equally with their foreign counterparts,  adding that “if Nigeria wants to have people that will work in the maritime sector in the future to serve their fatherland, then indigenous  seafarers must be encouraged.”
According to him, the poor remuneration for Nigerian seafarers in the country has made some of the workers to look for better working conditions outside the country which, he said, has negative implications on Nigeria in the eyes of the international community.
He alleged that local ship owners cut corners when it comes to Nigeria seafarers but goes outside to employ foreigners to work aboard their vessels with better salaries and good working conditions.
The president added that “if Nigerian seafarers are placed on the same salary as those from other  countries, it will bring about a robust and healthy competition”
He maintained that the foreign sailors are in no way better than their Nigerian counterparts either through qualifications or experience.
The Merchant Navy boss further accused ship owners of failing to comply with the National Joint Industrial Council (NJIC) arrangement, urging the Nigerian Maritime Administration and Safety Agency (NIMASA) to put in place mechanism in ensuring that ship owners do the needful as part of efforts to encourage local seamen.
Alalade frowned at NIMASA’s silence on issues of remuneration for workers aboard ships, calling on the apex regulatory agency to rise up to its responsibilities and mandate.
On the Cabotage Act, the president maintained that NIMASA has failed in its implementation as foreign owned and crewed vessels still dominate coastal shipping.
Advertisement

Illustrating the wage disparity, Alalade alleged that while Nigeria seafarers are paid N94,000, foreigners are receive between N200,000 and N300,000 as monthly wage.
The Trade Union Congress (TUC) official added that Nigerian seafarers overseas are brilliantly performing will positive recommendations from their employers just as employers in Nigeria have not had any complaint about local seamen, yet pay them a lot less than their foreign counterparts.

NLNG Act amendment: when ignorance becomes the order of the ‘House’