According to the statement, A total volume of 9,779, 853 ordinary shares listed today on The Daily Official List of the Exchange on July 5, 2017 stand AshakaCem Plc delisted from the official trading lists of the Nigerian Stock Exchange (NSE) henceforth. 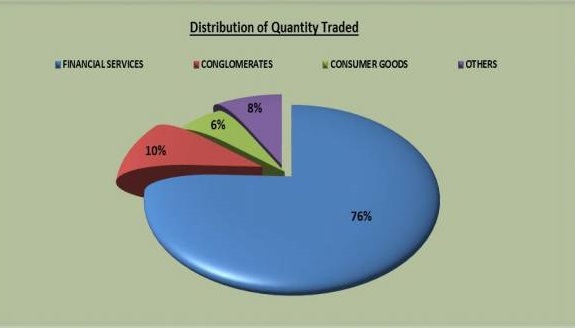 Meanwhile, A total turnover of 1.061 billion shares worth N12.295 billion in 18,847 deals were traded this week by investors on the floor of the Exchange in contrast to a total of 1.171 billion shares valued at N11.458 billion that exchanged hands last week in 13,763 deals.

Also traded during the week were a total of 5 units of Exchange Traded Products (ETPs) valued at N484.85 executed in 1 deal compared with a total of 869,680 units valued at N19.150 million transacted last week in 16 deals

The NSE All-Share Index and Market Capitalization depreciated by 1.99% and 2.31% to close the week at 32,459.17 and N11.187 trillion respectively. Similarly, all other Indices finished lower during the week with the exception of the NSE Insurance and the NSE Industrial Goods Indice that appreciated by 1.10% and 0.22% while the NSE ASeM index closed flat.