Technical skills involve the process or technique knowledge, as well as proficiency, that may be needed in order to be a successful manager. 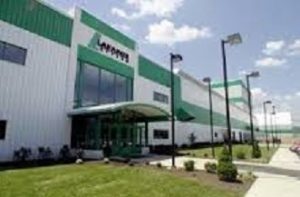 The management of lafarge africa has reported that the one and four months training, respectively, were held in partnership with Notragolo Nigeria Limited, Technology Incubation Centre and South –South Entrepreneurship Development Centre (SS-EDC).

In her address at the occasion, Lafarge communication and public affairs director, Mrs. Folashade Ambrose, said the programme was in furtherance of the company’s efforts at contributing to skills development, capacity building and overall economic empowerment of neighbouring communities.

According to Mrs Ambrose, “Lafarge Africa’s involvement in this programme is in furtherance of our efforts at contributing to the growth of the local economy within the communities in Cross River State and the nation at large.

“We are glad to support their livelihood while contributing to the growth of the local economy within the communities in Cross River State and the nation at large.”

Also speaking at the event, Cross River State commissioner of Solid Minerals, Hon. George Oben-Etchi, described the gesture as a step in the right direction.

He said the initiative will go a long way to enhance the company’s relationship with host communities and prevent possible rancor.

Higlight of the occasion, which attracted Thierry Terriere, Lafarge Mfamosing line 2 manager, were certificate/equipment presentations and goodwill messages by some beneficiaries.

MSME in Osun benefited from over N30m BoI’s Disbursesment