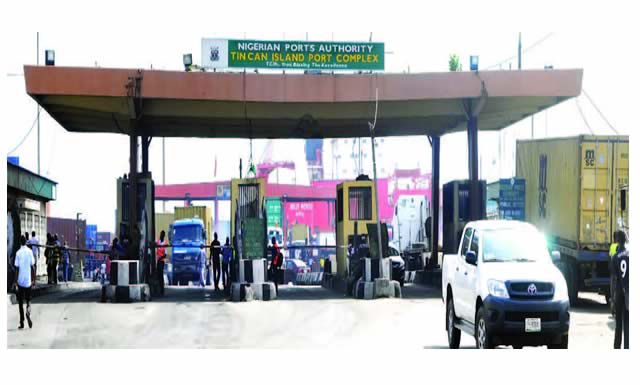 The Lagos State Government has barred trucks carrying export containers and empty ones from accessing the Tin Can Island Port between June 28 and July 1.

The directive was contained in a traffic advisory, which was released for Apapa by the Permanent Secretary, Ministry of Transportation, Lagos State, Dr Salami Olufemi.

The government noted that there was an ongoing heavy construction work around the Mile 2–Apapa axis.

It also announced that it had secured a 12-day demurrage extension period for the operators.

The advisory read in part, “Due to ongoing re-construction work on Apapa-Oshodi Express Road, Creek Road and Liverpool Road, all in Apapa Port area, there are currently massive road diversions and ongoing port operations enhancement.

“With effect from midnight, Thursday, June 27, 2019, trucks carrying export and empty containers for Tin Can Island Port operations are to stay out of Lagos for the next three days, until Monday, July 1, to allow for the palliatives and opening of the axis for truck use. Also note that the government has secured a 12-day demurrage period extension.

“All trucks approaching Apapa Wharf Port are to approach the port via Wharf Road (Ijora, Orile and Iganmu) through their various nominated parks and Lilypond transit truck park.”