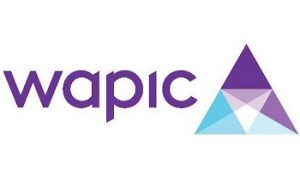 Ambode who revealed this while speaking  at the commissioning of the new WAPIC Insurance Corporate Head Office in Lagos  expressed government’s readiness to partner with key players in the sector to use insurance to grow the Gross Domestic Product (GDP) of the state.

According to the report, the Governor said there was no question about the strategic importance of insurance to any economy, saying his administration was open to policies and initiatives that would make the sector to thrive in the state.

He said, “The insurance business is here to stay and I want to also say that I give our government’s commitment to allow this sector to grow. I will like to partner and also learn how we can grow the GDP of Lagos through your industry. On our part, we know very clearly that early next year.

“We are going to start our Health Insurance Scheme and I just think that the drivers are the majority of the people who are seated here and it is important that we partner together and also learn together.

Ambode who challenged the key drivers of the insurance sector to come up with draft bill that would accelerate insurance business in Lagos ,  said he was open to initiatives that would make the sector grow and contribute positively to the growth of the state.

He said there was great need for insurance for individuals and the legal regulatory framework to be explored and expanded with the view to ensure the growth of the sector, adding that it was important for government not to be left alone to handle all issues affecting or that should affect the sector.

He pledged the commitment of the state government to continually identify and support organizations such as WAPIC Insurance to accelerate the efforts at creating the new Lagos of positive dreams, assuring that as a government, his administration would explore ways to create an enabling environment for businesses to thrive.

Earlier, Chairman of WAPIC Insurance,  Aigboje Aig-Imoukhuede said from his trips across Africa, there has never been any public functionary like Governor Ambode who understands the importance of the insurance sector.

According to him,  the knowledge came out of the deep understanding of economics and the fact that insurance is the most important economic sector of the world according to modern day reality.