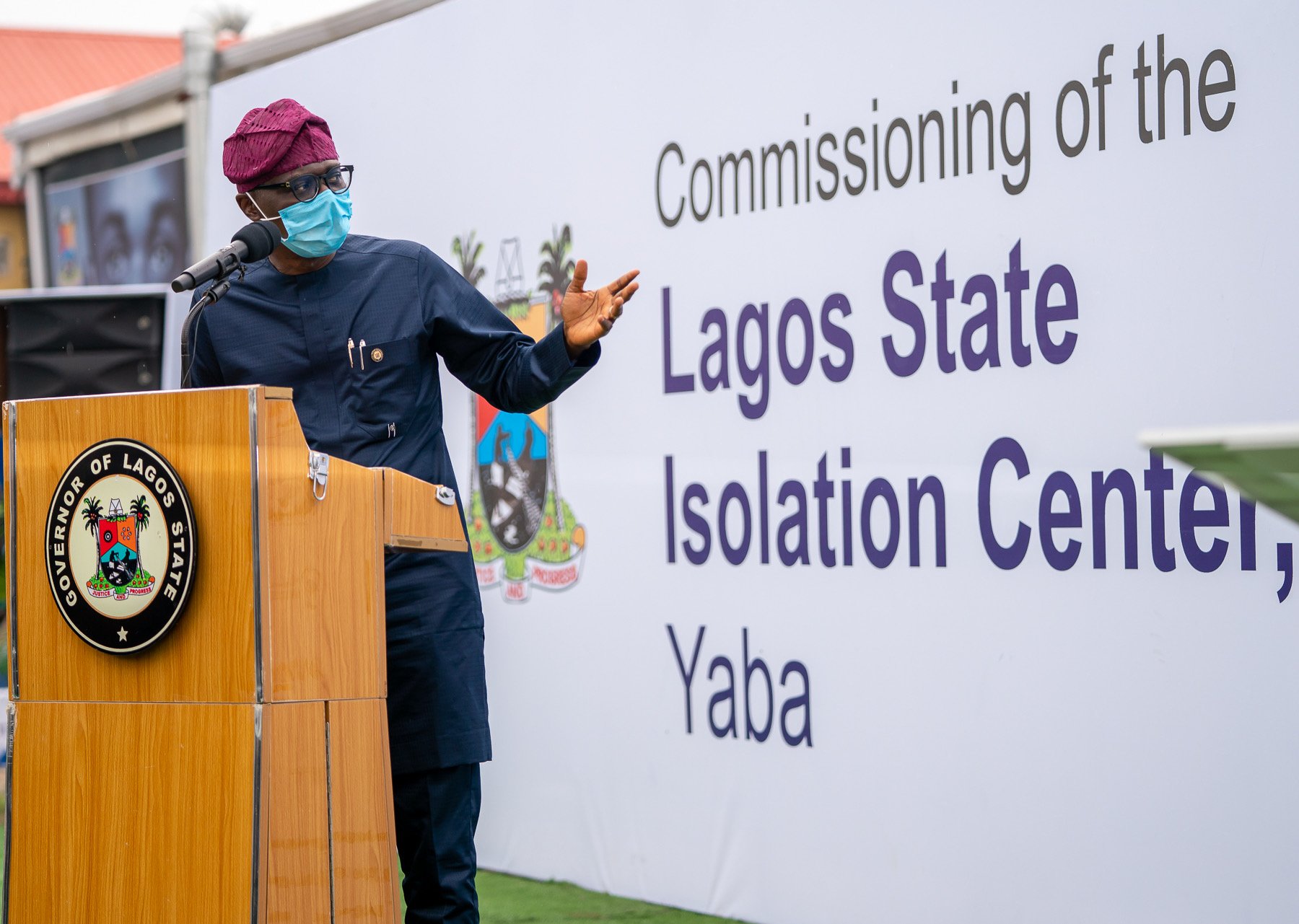 The Lagos State government yesterday announced that it would be reopening two COVID-19 isolation centres which were initially decommissioned, following the increased cases of Coronavirus in the state.
According to the State Commissioner for Health Professor Akin Abayomi, the reopening will boost confidence in tackling cases as they arise.

Abayomi said: “Just to be on the safe side, we are reopening two of our decommissioned facilities, that is at Ajah and Ikeja. We are also reopening Gbagada Isolation facility.
“Just to give us the confidence that, should in case we suddenly continue to see higher numbers of severe cases, we will have somewhere to manage them.”

The commissioner also revealed that the state government is working on building oxygen plants for more health facilities.
Abayomi added: “In addition, we are making our own oxygen so we just erected the first of two plants at IDH. The second one will be at Gbagada and that plant produces oxygen on the grounds of our hospital and it can produce up to 60 cylinders a day. A very sick patients can use up to four or six cylinders in 24 hours.”

Over two million people have lost their lives to COVID-19 since it was first detected just over a year ago, according to Johns Hopkins University data released yesterday.
In all, the US-based school tracked 2,000,905 fatalities linked to the virus and over 93 million infections. Over 51 million people have recovered after contracting the virus.

The real death toll, as well as the number of infections, are likely significantly higher as access to testing has been scarce in a large number of countries.

UN Secretary-General Antonio Guterres marked what he called a “heart-wrenching milestone” as the official tally eclipsed 2 million, emphasizing that behind the figure “are names and faces: the smile now only a memory, the seat forever empty at the dinner table, the room that echoes with the silence of a loved one.”

“Sadly, the deadly impact of the pandemic has been made worse by the absence of a global coordinated effort. In the memory of those two million souls, the world must act with far greater solidarity,” he said in a video message.

There is hope on the horizon as several drug makers across multiple countries have developed vaccines that successive governments have authorized for emergency use.

In the US, where the outbreak has been the worst recorded in the world, health officials are distributing two vaccines from drug makers Moderna and Pfizer-BioNTech.

Over 30 million doses of the vaccines have been distributed with more than 11 million people receiving at least one dose. Both drugs require two rounds of vaccination separated weeks apart.

Kindly Share This Story:  The Central Bank of Nigeria (CBN) has introduced a scheme that…