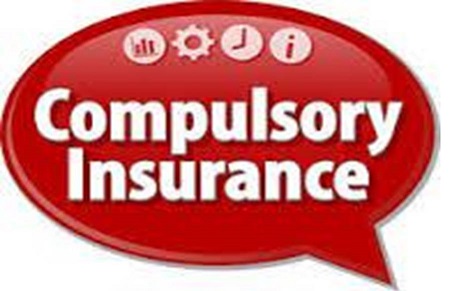 Lagos state government wants effective enforcement of Compulsory Insurance Scheme (CIS) in its territory under the State to mitigate risks resulting from violation of insurance regulations in various sectors.

Lagos State Government has set up a team of insurance practitioners and other professionals to enforce Occupiers’ Liability Insurance under the Compulsory Insurance scheme.

This disclosure was made by Head of Retail and Sales at AIICO Insurance, Taofik Ayeni, at a training organised for members of the Capital Market Correspondents Association of Nigeria, CAMCAN, in Lagos at the weekend.

The event was part of the association’s capacity building initiatives to enhance members’ skill in financial market reporting through knowledge of industry-specific operations.

Ayeni, who spoke on “Safety, Risk and Financial Management” with emphasis on Insurance, pointed out that business activities globally, had become more complex in recent times.

He said the development posed great challenge to financial market reporters who are expected to show demonstrable understanding of the beat they handle.

He disclosed that the CIS enforcement team, comprising insurance practitioners and experts in other fields, would take effective steps to combat increasing incidents of building collapse within Lagos.

According to him, there is high level of abuse and compromise among those involved in environment-related activities as they overlook policy guidelines meant to guarantee the safety of life and property.

Compulsory insurance, consisting of five products, refers to a class of Insurance made compulsory by law, frequently with the objective of providing protection to
third parties and the general public. It was introduced in 2003.

Ayeni identified low awareness among the factors militating against insurance growth in Nigeria, coupled with negative attitude of the public towards the industry.
He advised CAMCAN members to intensify insurance awareness through their respective media platforms by explaining the benefits and workings of various insurance policies.

Ayeni highlighted different dimensions of insurance and application of their policies in education, trading, manufacturing, family interests and other areas.

He pointed out that most school owners were reluctant to buy into Occupiers’ Liability Insurance meant to provide cover to pupils, students and workers in their institutions against building collapse.

“Can you imagine the fatal outcome of a school building collapsing on children and teachers when classes are in session? Has anyone given a thought to the calamity resulting from the collapse of a house where people are working? This is the reason for the Occupiers’ Liability Insurance is designed to takes care of”, Ayeni said.

He said that Occupiers’ Liability Insurance would transfer the risk of such accident to the insurer, which will take the responsibility of providing the required compensation in favour of the assured.

The insurance expert advised Nigerians to imbibe the culture of insurance, noting that those who bought into life insurance during their productive age stand the chance of a future devoid of financial anxieties on retirement.

He pointed out that life at old age without adequate retirement plan could be disastrous, adding that many Nigerian business executives fell into the trap of under-estimating the serious effects of such anomaly.

He also disclosed that AIICO had developed various products to address the insurance need of people in virtually every sector.

He explained that the Insurance Reform of 2003 swept off quacks and fraudulent practitioners in the sector resulting in the sanity that reign in the industry 14 years after.

According to him, technology, competition and awareness has elevated insurance to a high level of professionalism,
providing channels of regulatory enforcement that do not offer incubation for infractions.

“In the past, it was possible to see touts and charlatans parading as insurance brokers with fake policies and road-side vehicle insurance documents that created problem for both the industry and holders of such ‘policies’.

“Some operators have adopted technology in their various operations as you can now buy insurance and pay online without experiencing the logistic challenge that used to characterise the process in the past.

“At AIICO, we have trained staff who follow up with our clients after they have completed their on-line insurance purchase to interact with the client and to reassure him of the authenticity of the transaction,” Ayeni said.

Fielding questions from participants, Ayeni urged CAMCAN to engage in sufficient public education about the benefit of insurance and to advise their readers (prospective insurance clients) to always ask probing questions.

Ayeni said: “The days are gone when insurance contracts are written in tiny, unreadable and boring characters on contract documents which clients do not have the patience to read and digest through.

“At AIICO, we present such documents in bold font-sizes that are easy to read so that clients can understand the terms of the contract.”

He debunked insinuations that insurance companies deliberately frustrate their clients by introducing cumbersome process that makes claims near impossible.

He argued that such complaints occur when clients defaulted in their own part of the contractual obligations.

Nigeria is among the least countries in terms of insurance contribution to the Gross Domestic Product, GDP, at 0.72 per cent.

Ayeni said drastic actions were being taken against the “no-serious insurance companies” and that this might result to further merger and acquisition as witnessed at
the post-2003 insurance reform.

Amehnews recalled that Lagos State governor, Akinwunmi Ambode, was planning to introduce compulsory insurance scheme for all buildings in the state

“Director-General, Lagos State Safety Commission, Hakeem Dickson hinted this on Monday at a media briefing on the activities of the commission saying it was part of preparations towards the commencement of the policy implementation, the state government, in synergy with consortium of insurance companies and National Insurance Commission (NAICOM), was already working out ways of enforcing the policy.”

According to him, “the measure is in line with the Lagos State Government Safety Law 2003, saying the law would be applicable to both owners of completed and uncompleted buildings in the state.

“Penalties for defaulters, according to him, attracts N100, 000, fine or one year imprisonment, or both on conviction

Dickson made it cleared that the aim of the insurance policy was all about safety of lives and property in the state, adding that the grassroots was not left out in the drive to bring safety to all nooks and crannies of the state.

Meanwhile, the Director-General of the National Insurance Commission, NAICOM, Sunday Thomas, attributed this to “general apathy for insurance by the Nigerian government and the citizens”.

Thomas said the Nigerian insurance sector was grossly untapped because it had not yet appealed to the informal
sector, which constitute over 80 percent of the population, adding that it would take deliberate efforts to win the confidence of this sector.

The apex regulator had introduced a number of strategies towards achieving the objectives of CIS. One of the strategies was the Market Development and Restructuring Initiative (MDRI) – a medium-term plan aimed at facilitating the enforcement of the Compulsory Insurance.

It was also meant to grow the insurance industry’s premium income to N1 trillion by the end of 2012 (later moved to 2016) from about N160 billion (generated from the prominent 5 policies).

The initiative was also meant to create about 50,000 fresh jobs through an arrangement called Agency Network System (ANS) while raising the contribution of the industry to the nation’s Gross Domestic Products (GDP) significantly.

The MDRI project, according to NAICOM focuses on four key areas:  Enforcement of compulsory insurances, sanitization and modernization of the insurance agency system, wiping out of fake insurance institutions and introduction of risk-based supervision.

Aside MDRI, the apex regulatory agency also introduced On-Site Enforcement Policy (OSEP) in a renewed attempt to reinvigorate insurance use, practice and regulations.

A recent investigation showed that insurance sector accounted for 40.42 per cent of dormant equities on the Nigerian Stock Exchange (NSE) in the first quarter
of 2017.

This referred to stocks that recorded no price
movement but remained static at their nominal value of 50 kobo per share. The total value was N92.6 billion.

Onyema said there was high level of regulatory infraction in the industry and that insurance records the highest penalty among the segments of The Exchange.

The NSE CEO disclosed that only 12 out of 27 listed insurance companies are post-listing compliant in terms of corporate disclosure, mainly filing of annual reports.