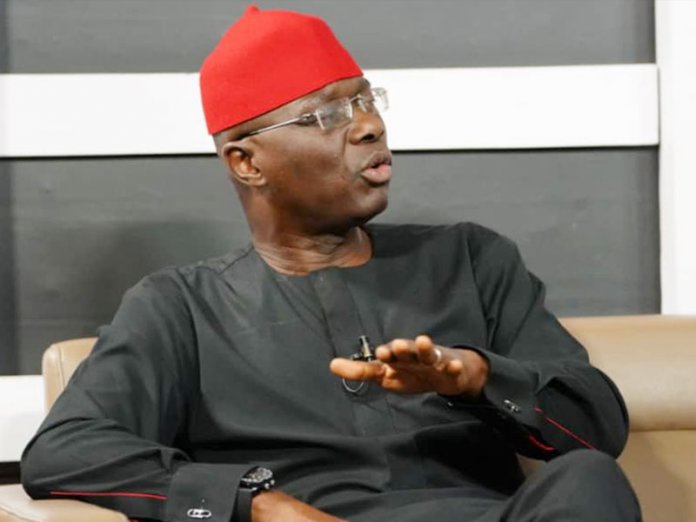 The Lagos State Government has declared that the state is financially and economically stable.

In a statement issued yesterday by the Lagos State Commissioner for Finance, Dr. Rabiu Olowo, the government said this was contrary to the publication by BudgIT, a public finance analyst, titled: “Ability of States to Meet Monthly Recurrent Expenditure and Loan Repayment Obligations, 2019.”

It said the Babajide Sanwo-Olu administration described the publication as “misinformation,” adding that BudgIT has apologised for its error.

It said the state continues to meet all its recurrent and loan service obligations, explaining that the information that was published by BudgIT was incorrect, inaccurate and a gross distortion of the actual facts
It said in 2019, the total revenue of the state was N644,762,788,340.04; the recurrent expenditure and loan repayment obligation was N554,241,725,038.00; while the surplus or deficit was N90,521,063,302.04.

“As indicated in Lagos State’s published Financial Statements (and as extracted above), the information in the table published by BudgIT should have correctly indicated a surplus of N89 billion,” the statement said.

It said Lagos State Government continues to efficiently explore options in both the financial and capital markets, to extract optimal funding solutions, which would enhance the administration’s ability to deliver on the construction, renewal, and improvement of the deficit in social and physical infrastructure for the benefit of Lagosians; who represent 10 per cent of Nigeria’s population.

“Lagos State is the only state that is not reliant on the allocation from the Federal Account Allocation Committee, with Internally Generated Revenues representing circa 72 per cent of the state’s aggregate revenues to enable it to address challenges faced by megacities world over.

“As at August 2020, Lagos State’s Internal Revenue Service is doing 103 per cent above budget, and well above 2019 figures, despite the COVID-19 pandemic, which demonstrate the fiscal resilience of the Babajide Sanwo-Olu’s administration for a Greater Lagos.

“Lagos State is economically and financially viable and the Government of Lagos State continues to expand funding sources whilst also ensuring that prudence and sustainability are at the fore of all funding and expenditure decisions.”