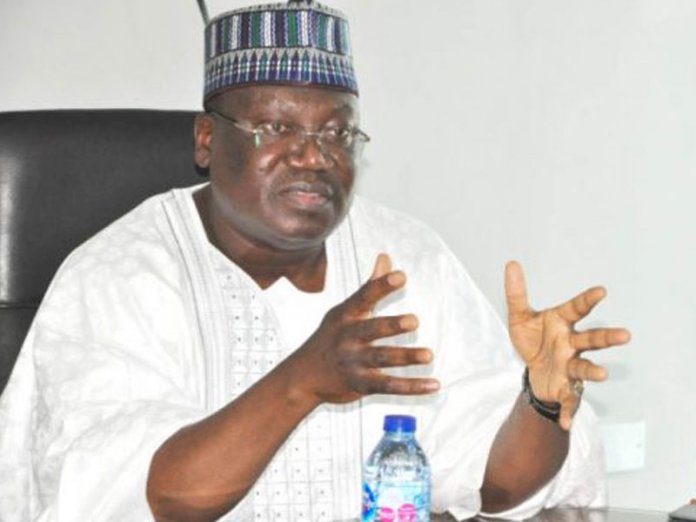 President of the Senate, Dr. Ahmad Lawan, yesterday gave the armed forces a pass mark in battling insecurity, notwithstanding the challenges facing them.

He said their efforts are paying off as the security crisis confronting the country is gradually being reversed.
He spoke on a day a northern group, under the aegis of Coalition of Northern Elders for Peace and Development, urged President Muhammadu Buhari to step up efforts to end the siege of Boko Haram, bandits and kidnappers in the region.

Lawan, while hosting a delegation from Adamawa State that came to thank the National Assembly for converting the Modibbo Adama University, Yola, into a conventional university that can run medical programmes alongside social and management sciences said recent developments showed an improvement in efforts by the armed forces in combating insecurity.

The delegation was led by Senator Aishatu Ahmed and the Vice-Chancellor of the university, Prof. Abdullahi Tukur.
Lawan, in his welcome speech, said the conversion of the university was the outcome of a collaborative effort between the legislature and the executive arms of government.

On the security and economic challenges facing Nigeria, Lawan said: “Those of us in the position of leadership today are probably more challenged than any other set of leaders. We need to pray, but we also need to act, work hard and apply ourselves fully and work with a commitment to ensure that we serve Nigerians.

“Nothing is impossible; this situation of insecurity gradually is being reversed. I am particularly happy with recent developments by our armed forces. They are doing better than they were doing before.

“I’m sure that the economy will also start to improve and we will get out of the recession that we entered last month.”

He also stated that the National Assembly would be judged fairly by Nigerians for its pro-people legislations in spite of the COVID-19 pandemic, which slowed down development.

Lawan lauded Buhari for assenting to the bill on the conversion of the university, describing the development as cooperative governance.

“We work with the executive to ensure that the Nigerian people benefit from democracy.

“We have set our eyes on our target of making Nigeria better and making Nigerians safer. What matters to us is what we are able to achieve at the end of the day.

“History will judge us very fairly, and without sounding immodest, I’ll like to take this opportunity to congratulate the ninth National Assembly,” he added.

He said the National Assembly has achieved so much between 2019 till date despite the pandemic.

Northern Group Charge Buhari to End Siege by Bandits, Others