The Lagos Chamber of Commerce and Industry (LCCI) management have commended the federal government on some of the expected positive impacts of the finance bill signed into law by President Muhammadu Buhari. 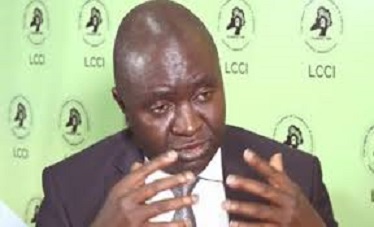 Its Director-General, Mr Muda Yusuf made the commendation in a statement made available to newsmen on Monday in Lagos.

President Muhammadu Buhari on Monday signed the 2019 finance bill into law. According to the new law  which is targeted at reforming the Nigerian tax system to align with world best practices and supporting Micro, Small and Medium Enterprises through the ease of doing business initiative.

It is also expected to improve revenue for the government as well as incentivize investments in infrastructure and capital markets.

Yusuf said that a number of favourable provisions for small businesses were reflected in the finance bill, now signed into law.

The LCCI DG through more lights in the new law saying the impact on government revenue would be positive, especially for states and local governments, as their fiscal position would be enhanced.

Nevertheless, he, expressed concern on the impact the Value Added Tax (VAT) increment would have on businesses and end users from the cost pressure perspective, due to the high cost in operating environment.

Yusuf also expressed concern over the provision on minimum tax, saying that it was inappropriate to compel loss-making firms to pay tax, no matter how little.

This, the Director-General explained further, amounted to erosion of capital for such businesses.

“The finance bill has a number of favourable provisions for small businesses and this is an aspect to commend.

“However, the VAT increment would impact adversely on businesses from cost pressures perspective.

“Margins would be affected, depending on the extent to which additional costs could be passed to consumers.

“We worry that we are operating in a high cost environment and also have the worry about the provision on minimum tax which we had argued against this provision.

“It is inappropriate to compel loss- making firms to pay tax, no matter how little. This amounts to erosion of capital,” he said.