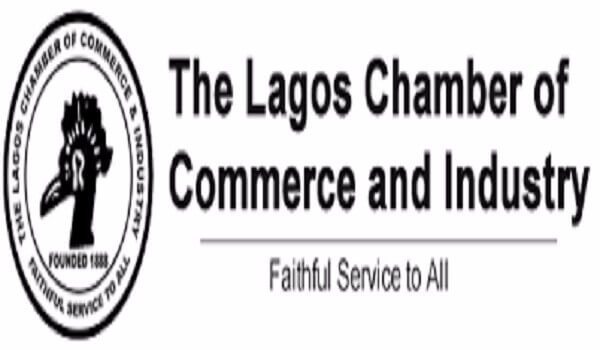 The Federal Government has been urged to peg the maximum interest rate of commercial banks’ loan to a single digit of nine per cent.

The President, Lagos Chamber of Commerce and Industry (LCCI),  Babatunde Ruwase, made this appeal during the week at the Lagos State University (LASU), Ojo “International Conference on Accounting, Finance and Insurance.”

The three-day conference was organised by the university’s Faculty of Management Sciences, Departments of Accounting, Banking and Finance and Insurance, with the theme: Financial institutions and sustainable development: Perspective of accounting, finance and insurance.”

Ruwase, represented at the conference the Chamber’s Director-General, Muda Yusuf, said reduction of the interest rate would ensure an affordable credit for investors, which would in turn, drive the economy.

While also calling for a long term repayment schedule, Ruwase said there was a major disconnect between the banking institutions and the real economy, as the focus of the banks was on profit making.

He said as long as banks continue to focus on profit making, development of other sectors of the economy may not be possible.

According to Ruwase, this was so because key sectors such as agriculture, manufacturing, real estate, transportation, and solid minerals, among others, that could drive development required low cost and long tenure funds.

His words: “There is no way you can develop an economy if you do not invest in sectors such as agriculture, manufacturing, real estate, education, healthcare and transportation.

“These are the sectors that drive development in a country, and the type of funding they need does not require short term fund that costs about 30 per cent interest rate.

“It is not ideal for banks to declare billions of naira yearly as profit in a country where other sectors of the economy are collapsing.

“The banking system should be better aligned with real life challenges and be more supportive of the economy, as consumer credit is what drives the economy of developed countries.

“Some people have developed high blood pressure because they took bank loans and have been unable to repay due to the interest rate.”

The LCCI chief also said there was an infrastructure deficit of about N3.4 billion in the country, adding that only the private sector, through access to affordable credit, could intervene to address it.

He said there was the need to develop the right model of fiscal and monetary policies to ensure the flow of resources from the financial systems to developmental projects and the real economy.

“We can have a framework of credit guarantee to minimise the risk of borrowing, because one of the reasons why banks do not lend money to the real sector and Small and Medium Enterprises (SMEs) is because of the high risk,’’ he said.

Ruwase, however, called for a better reward system for farmers in the agric sector, if the country was determined to reduce poverty. According to him, the reward template for farmers was not commensurable to their input.

He said the regulatory and intervention role of the Central Bank of Nigeria (CBN) and a credit guarantee scheme could ensure that the financial institutions support the development processes better than what it is presently.

LASU Vice-Chancellor Prof. Olanrewaju Fagbohun described the theme of the conference as apt, because the overwhelming challenges of the private sector and financial institutions were taking toll on the economy.

Fagbohun said the mass exodus of manufacturing firms to neighbouring countries like Ghana, South Africa, on account of poor or unfriendly economic, financial and social infrastructure, was a threat to Nigeria’s economic stability.

He said the conference would provide an opportunity to cross fertilise ideas on core issues like fiscal policy and tax reforms, corporate governance, business risk management, and forensic accounting and auditing, among others.

Fagbohun expressed optimism that the communiqué from the intellectual discourse would open a road map to ensuring the survival and growth of both the private and public sectors.

He said it would also facilitate total re-engineering and complete overhauling of the entire financial sector.

He said it would also show the gaps in the government financial framework with regard to the various policies put in place and discuss among other issues on how pragmatic financial regulations could be formulated and implemented.

Kindly Share This Story: At a time when global economy is witnessing a downward trend…