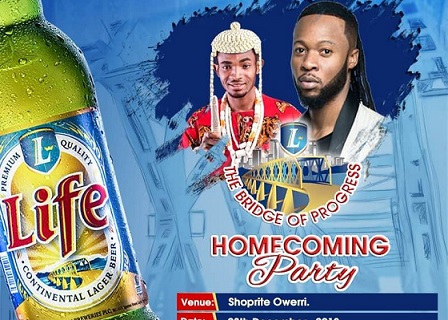 Life Beer is ending the year on a high. After a year which has seen the beer brand further deepen its connection with its southeastern consumers with initiatives such as Hi-life fest and Life Progress Booster, Life will now be wrapping up 2018 with two parties and a concert.

The “Bridge of Progress” parties are set to hold in Anambra and Owerri on the 26th and 28th of December respectively. While the Flavour of Africa Concert, which will be sponsored by Life Beer, is set to hold on the 30th.

Here are 5 reasons not to miss these year-end festivities:

Indigenous rapper Phyno is fresh off his latest single with pop sensation – Teni, and with the massive airplay, the new track has been getting, one can expect Phyno to be in high spirits when he hits the stage on Boxing Day.

He will be headlining the Anambra edition of the party and he’ll be bringing his considerable talents and electrifying personality to the fore.

If his last performance at the Hi-life fest is anything to go by, you can expect Mr. Alobam, to deliver a scintillating performance once again.

Alongside Phyno, Flavour is another ambassador of the Life brand, and he will be taking over the reins to headline the Owerri edition of the Bridge of Progress Party. A few days later he will also be hosting his own concert in Enugu, making it a dream week for fans of the highlife maestro, who will be getting a chance to see him perform back to back.

Flavour is the master of using a live band to beautiful effect, bringing his classic renditions to life with impressive live instrumentation. Seeing an artist perform so well with a live band is a rarity in Nigerian music, hence if you care for real, undiluted musical performance, you certainly don’t want to miss this party.

At the heart of these three entertaining events is the Life continental beer, the beer brand which is unapologetic in its love and commitment to the Igbo culture and tradition. You can expect to enjoy loads of Life Beer when these parties get started. After all, what’s a party without Life?

Life beer is providing its consumers with a festive experience to reward them for their loyalty, hard work, and dedication throughout the year. All of these, while celebrating the progress of the people.

If any of these describe you, then you know where to be on Boxing Day and the days that follow.

It is not unusual to see Nigerians of south-eastern ethnicity head home to their states of origin to celebrate the festivities. This long tradition will continue this year and this is part of the reasoning behind the the timing and location of these parties. 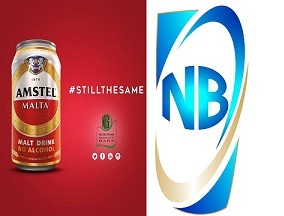 People from Enugu, Owerri, and Anambra can get a chance to not only travel home but also celebrate the end of the year with Life beer.

And while the likes of Phyno and Flavour will be performing, you can also expect the very best of highlife music. The likes of Chibest David, a previous winner of the Hi-life fest will most likely make an appearance, as well as other local talents such as the Obiligbo brothers who are fan favorites of people in the East.

Life Continental Beer has proven time and time again its understanding of the Igbo people and how to deliver on the things that are important to this demography, so you can expect all boxes to be checked when the “Bridge of Progress” parties kick-off on the 26th of December.

Kindly Share This Story: DStv and GOtv customers get to watch the world’s biggest and…