The Nigeria Liquefied Natural Gas (NLNG) Limited has said when we first started pushing Liquefied Petroleum Gas (LPG) which is cooking gas into the Nigerian market, we were only doing 75,000 tons per annum but as at last year, we did 275, 000 tons that we pushed into the market. 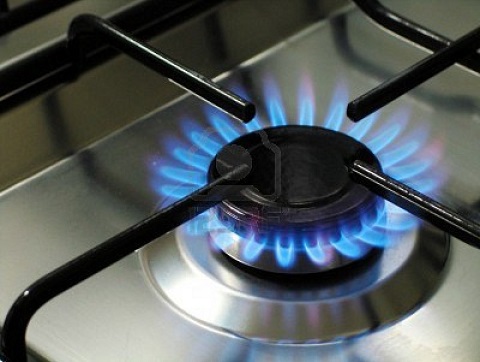 “This year our target is 350,000 tons and we are very much on our way to achieving it. The more we push cooking gas, the more we fight deforestation and deal with emission, especially harmful ones,” he said.

The company jointly owned by the federal government, operating through the Nigerian National Petroleum Corporation (NNPC), Shell Gas B.V, Total LNG and Eni International, noted that the target was achievable, given its current production levels.

Speaking during a webinar organised by ADIPEC Energy Dialogue, General Manager, Production at the company, Mr. Adeleye Falade, said Nigeria has a huge gas reserves which it must take advantage of for quick industrialisation and cleaner energy.

He pointed out that to achieve the production of 350,000 metric tons of Liquefied Petroleum Gas (LPG) from a paltry of 75,000mt it was when it started some years ago has showed opportunities in the gas sector are huge, he said that rather than being addressed as an oil nation, the Nigeria is actually a gas nation, which has some quantity of oil in it.

He added that Africa alone accounts for about 20 per cent of world population, but utilises just five per cent of global electricity.

According to Falade, with a proven natural gas volume estimated at 6 trillion cubit feet and gigantic discoveries in Mozambique, Tanzania, Mauritania and other African countries, the continent has enough has to supply about two third of the world energy demand for 20 years.

He added that paying more attention to gas will mean cleaner and cheaper fuel, which will drive industrialisation in the continent.

“And Nigeria has a big role to play with 200 cubit feet of proven reserve, Nigeria is now number 9 and has the potential to be number 4, because 600 cubit feet still exists in the ground which has not been taken through the accounting process” he noted.

On the NLNG Train 7, Falade reiterated that when completed, it will raise the company’s production capacity by 35 per cent from the current 22 million tons to about 30 million tons per annum and will increase foreign direct investment by $7 billion in five years.

“Currently, our six plants are giving huge revenues to government in taxes. We have paid about $8 billion as well as dividends of about $36 billion has been paid to NLNG shareholders of which NNPC which represents the government earns 49 per cent.

“With the addition of train 7, and increase in production capacity, NLNG will stand a chance to maintain its position as the sixth major supplier of LNG globally, otherwise the company will recede because there are other people that are all increasing their volume.

“With train 7, we see the creation of over 12,000 jobs directly and 40,000 indirect ones , especially at the construction phase and this will attract foreign direct investment to Nigeria in the upstream sector and other associated projects that are coming on stream” he stressed.