An entrepreneur, Mr Muideen Ibrahim, says locally-produced pencils will save the country over $2.4 billion (N734.4 billion) if encouraged and supported by the Federal Government with enabling policies. 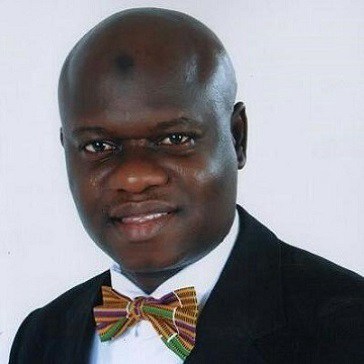 Ibrahim, the Chief Executive Officer, BAMIB Resources and Investment Company Ltd, made the disclosure on Monday in Lagos.
Ibrahim said it was important for government to discourage importation of goods and services that could be produced in the  country.
The manufacturer called for government support to indigenous pencil companies to produce locally,so as  to prevent importation of the product.
According to him, If we are supported and encouraged, it will save government about $2.4 billion on importation of pencils annually.
“There are a lot of multiplier effects we shall give the country.
“Some of which are, backward integration of our major raw materials and basic components and massive employment opportunities, contribution to the gross domestic products.
“Also, strategic investments in other regions and foreign direct investments amongst others,” he said.
Ibrahim said  there was need for the government to increase the tarrifs on imported pencils or place a technical ban on its importation  to encourage indigenous pencil manufacturers.
He said  this had worked in the rice sector and other allied products.

He said as a result of this, lots of people were into rice production at the moment and the country was getting better for rice production.
Ibrahim  urged the  government to  do something urgently for the pencil manufacturers  as local manufacturers were suffering and dying.
Ibrahim also urged the  government to enforce  the Executive Order 3 and Executive Order 5 respectively to the letter for effective patronage of local products.
He said: “Unfortunately, government is still paying lip service to this very good and apt Executive Orders. There must be a committee that will drive this orders and make them work.
“Not only that, the government must walk the talk on ease of doing business. This is one of the ways to help local manufacturers.
“Aside from that, there must be aggressive promotions on patriotism, among others.
“I wonder what is happening to the National Orientation Agency. That Agency used to be very vibrant in those days.
“Call the manufacturers  to a round table discussion and the government must as a matter of fact Implement their decisions.
“The bane of our challenge in this country is implementation of policies.”
The enterprenuer said BAMIB’s production capacity currently stood in excess of 450 million pencils per annum. 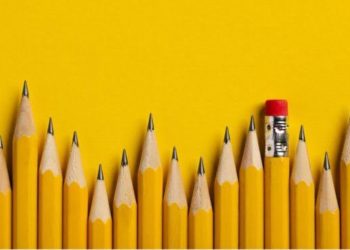 He said  there was room for expansion, adding that It was a function of demand and supply.
He said  the company had not broken even and could not  even meet its obligations as and when due because of many challenges that were militating against it.
He said the challenges were surmountable if government intervened to ensure  sustainability.
“The challenges confronting us are so numerous, some of which are unhealthy rivalry and stiff competition from low quality pencils from some foreign countries.
“They use price mechanism to push us out of the market and we cannot sell below our cost price due to the fact that we are operating in a harsh environment and thereby making our production cost  high.
“Multiple taxation is another big challenge and  ports congestion. There are  so many  agencies at the various ports, when technology can be deployed to the ports for efficiency and effectivess.
“Government should increase the tarrifs on imported pencils so that local manufacturers can survive.
“Government should implore the Central Bank of Nigeria  (CBN) to give pencil manufacturers at least N500 billion Special lntervention Fund at low digit interest rate.
“Government should give us import waivers on the importation of basic components, raw materials and machines,” he said.
Ibrahim also appealed to government to come up with policies for the pencil manufacturers as it was done for agric, cement and automobile sectors.
He urged government to also give the pencil manufacturers incentives that could make them survive because it was very tough to survive in Nigeria as a manufacturer.
He commended the Bank of Industry  (BOI) for  always supporting  manufacturers but said more still needed to be done.

According to him, local manufacturers need more to survive in order to do more.
He alleged that financial institutions were not friendly to manufacturers.
Ibrahim  urged government to create infrastructural facilities such as good roads, power, adding that  lot of manufacturers use generating sets due to the eratic power supply.
According to him, this  makes locally produced goods  more expensive than the imported ones.