As reactions continue to trail the announcement of the CBN Governor on the reintroduction of its cashless policy, the Manufacturers Association of Nigeria (MAN) wishes to express its concern over the possible implication of such a policy. 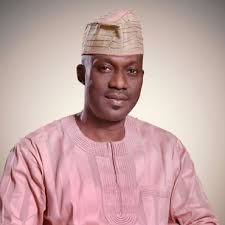 Segun Ajayi-Kadir, Director General of MAN in the statement said even though one may agree with the CBN Governor that it is in the public interest to promote an efficient payment system via the cashless policy, there is need to examine the route you choose to achieve that objective, and I think this is the crux of the matter and appears to be a recurring decimal in the administration of our monetary policy interventions.

MAN DG noted that the apex bank, in a circular,directed deposit money banks (DMBs) to charge on deposits, in addition to already existing charges on withdrawals,3 per cent processing fees for individual accounts, withdrawals in excess of N500,000.00 and 5 per cent for Corporate accounts withdrawal in excess of N3 million. It also introduced processing fees for cash lodgments of 2 percent above N500,000.00 for individual accounts and 3 percent for lodgment above N3 million for Corporate accounts.

“Apart from the fact that the policy at inception, was put in place without consultations, sensitization, explanation or rationale for its introduction; the policy was presented as the ONLY way to achieve the much desired cashless or less cash economy.

“The explanation given later was more of empathizing with the banking public for the “inevitable hardship” the latest cashless policy would impose on them. It would also appear that the applicable percentages did not take cognizance the existing and long-standing charges on withdrawals.

Ajayi-Kadir, in the statement said the implementation of cashless policy on withdrawals may have a negative impact on micro, small, and medium enterprises who are clearly the engine room for growth of the economy and employment generation.

He noted that there are clearly more than one road to the market. In this instance, the CBN has at least two options to achieve the latest progression towards the desired cashless economy; to penalize non-compliance or to incentivize compliance.It would appear that the CBN has chosen the former. What I mean is that rather than introduce gains for those who embrace cashless transactions, it has elected to punish those who have not, including those operating in genuinely large cash-driven economic activities.

He pointed out that there is also a huge concern over the inadequacy of the needed cashless economy infrastructure, which the Money Deposit Banks are not doing enough to upscale or do so at a disproportionate additional cost to the users.

MAN, therefore urges the leadership of the CBN to think through other available options to achieve its cashless policy scheduled to be fully implemented throughout the country from March 31, 2020, while paying close attention to the use of the carrot rather than the stick approach.