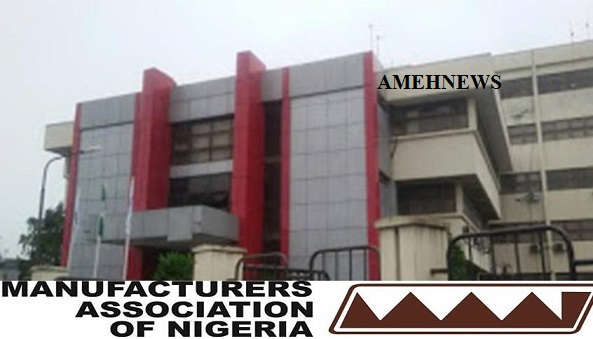 The Manufacturers Association of Nigeria (MAN) represents the interests of over 3,000 manufacturers (small; medium; large and multinational industries) spread across 10 sectors, 76 sub-sectors and 16 industrial zones. Manufacturers are heavy users of electricity in Nigeria and this necessitated the Association’s keen interest in all electricity related discourse and development, particularly electricity supply and tariff.

According to the press statement endorsed by Segun Ajayi-Kadir, Director General of MAN and sent to The AmehNews stated the position of the Manufacturers Association of Nigeria on the recent increase in electricity tariff saying the manufacturing sector employs over 5 million workers, directly and indirectly with8.93% contribution to Gross Domestic Product. The sector also dominates export trade in the West African region, generates foreign exchange, and contributes substantially to revenue of Government and human capital development in Nigeria, he added.

“It is therefore imperative that the performance of sector is enhanced through a pro-manufacturing policy that will encourage scale and lower unit cost of production rather that throwing fiery darts that will worsen its performance.

The MAN DG pointed out that “Top on the list of challenges confronting the sector is the issue of inadequate electricity supply and this has been largely responsible for the lackluster performance of the sector for some decades now. In fact, electricity related expenses of a manufacturing concern constitute about 40% of the production overhead in some sub- sectors. This is not growth friendly and is antithetical to competitiveness

The association listed the said trickle-down effects of this increase are as stated below.

It will lead to:

▪ Decrease in foreign exchange earnings from the sector as high cost of production feeds into export commodity prices;

▪ Reduction in Government tax revenue occasioned by drop in sales, as a lesser quantum of disposable income will be available to purchase manufactured goods;

▪ Trigger reverse-multiplier effect as cost of production escalates and the headways already made in the sector is eroded. This is because most of MAN-member companies are classified in   the ‘D’ categorization (D1, D2 and D3) where tariff is the highest.

“This poor condition is responsible for the oscillatory performance of the sector. It is therefore important that any policy that will add to the already bloated cost of production in the sector should be avoided.

Ajayi-Kadir noted that one would normally expect that before embarking on this outrageous increase in electricity tariff, its impact on the manufacturing sector and the economy at large would have been properly evaluated to mitigate a crowding out effect on the economy in general and the productive sector in particular.