A 38-year-old guard, Micheal Aniefie, was on Tuesday remanded in Kirikiri prison for allegedly stealing seven cans of drink valued at N700 in Lagos. 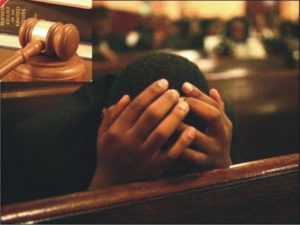 The accused, who is a resident of Agege area of Lagos, is being arraigned at Ikeja magistrate court for stealing.

The offence is said to have contravened Section 285 of the Criminal Law of Lagos State, 2011.
The Prosecutor, Insp. George Nwosu, told the court that the accused committed the offence on July 31 at Ogba, Ikeja, Lagos.

Nwosu said that the accused stole seven cans of drink valued at N700 from a warehouse.

“When the accused was intercepted at the gate and searched, seven can of Orijin drinks were found in his bag.”

The Magistrate, Mr A.A. Adesanya granted the accused bail in the sum of N5, 000 with one surety in like sum.

The Director-General of the Bureau of Public Enterprises, BPE, Mr. Alex Okoh, said it will…