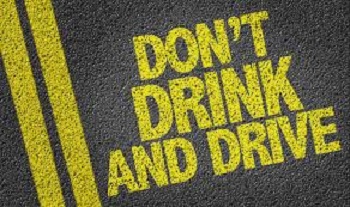 As part of its responsibility and contribution to adding value and to also ensure safety in the society and to promote responsible consumption of Beers and alcohol in the society, Beer Sectoral Group (BSG) of the Manufacturers Association of Nigeria (MAN) says it is launching 2019 “Don’t Drink and Drive” campaign to create awareness about the dangers of drunk driving.

Jordi Borut Bel, the Chairman of BSG and Managing Director of Nigerian Breweries, made this known during the official launch of ‘Don’t Drink and Drive’ campaign and presentation of breathalysers in Lagos, recently. The campaign is an initiative of the Beer Sectoral Group in partnership with the Federal Road Safety Corps as it is a critical issue that can make a private sector to partner with a government sector to avoid constant road accident mostly on the highway.

The breathalyser is globally capable and reliable with a 65,000 memory as it will be distributed and used on the drivers on each motor park. The breathalyser will be used in testing the drivers before and after embarking on a journey and also returning from their journey. The machine is a touch screen and it will request for the driver’s information and also provide information of the officer carrying out the test. Once the driver is being detected, the vehicle will be impounded.

“The issue of alcohol related road traffic crashes tops the burning factors contributing to untimely death globally. Many young drivers have distinguished alcohol as stimulant to energise and give infantile strength during long hours of driving most especially among haulage and commuter drivers. This delinquency has gradually moved stealthily into psychopathic sense of private drivers who were regarded to be more grounded in defensive driving,” said Jordi Borut Bel.

Bel said that the campaign would commence in Lagos, Rivers State and Federal Capital Territory from Oct. 20 until the end of January 2020. He said that the two states and Abuja were chosen for this year’s campaign after consultation with the FRSC based on existing traffic offences data.

This idea is to encourage responsible drinking and to ensure having safety on the road and to also promote the campaigning, the use of social media, radio jingles, billboards, posters and stickers will be use to enhance the campaign.

“FRSC as a key partner in the programme will conduct the rallies in each state and is encouraged to innovate based on peculiar challenges in line with the core components of the intervention. Globally, breathalysers are reliable, quick and accurate tools predominantly used by law enforcement officials to measure blood alcohol content,” he added.

Boboye Oyeyemi, the FRSC Corp Marshall, said: “The maximum of alcohol should be 0.5%. The partnership will sustain this idea, focusing on drivers while embarking on their journey and returning from their journey. To prosecute the offenders, BSG will help to arrest those under the influence of alcohol.

“To further complement the enforcement efforts of FRSC, BSG has made available more breathalysers for the use of the Corps in all geo-political zones of the country. Moving forward, the BSG believes `Don’t Drink and Drive’ has come to stay. We member companies of BSG would continue to deploy available resources to support FRSC in line with our MoU with the company,’’ he said.