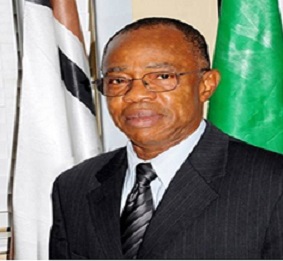 Dr. Frank Jacobs Udemba, The MAN President, stated this while flagging-off the 29th Annual General Meeting of Imo/Abia branch of the Association.

Udemba said the economic situation of the country remains very worrisome and this calls for greater synergy between the government and MAN in order to pull the economy out of recession.

He also expressed concern about how the economic recession has made quite a number of industries to be recording lower capacity utilization and profitability, adding that some have downsized their workforce in order to remain in business.

According to our source, the MAN boss, “the manufacturing sector remains the most viable ally of government, as it creates wealth, generates employment and engenders skill acquisition among other things”.

However, Dr Udemba told Nigerian manufacturers to be creative and work out means of remaining in business while pleaded with his colleagues to key into the resources-based industrialisation policy, which the Federal Government has adopted.

“Government should create attractive incentives for investors, who would engage in the processing of the abundant agricultural and mineral resources from primary produce to secondary or intermediate products”, the MAN President said.

Continuing, Dr Udemba reasoned that government has to look for viable options of making foreign exchange available to manufacturers.

In his welcoming the participants earlier, Barrister Romanus Anyanwu, the Chairman, Imo/Abia MAN, identified ever increasing input cost occasioned by the inaccessibility of foreign exchange for raw materials and spares, multiple taxes and levies by all tiers of government, as well as fake and substandard imported products, are some of the major problems facing manufacturers.

Much I Do About Compulsory Insurance Products & Its Low Patronage