…….call on the Comptroller General of the Nigeria Customs Service to urgently intervene to put an end to the persistent delays in the issuance of PAAR

For the Nigeria economy potential to continue elicit more interest among local and global investors, more efficiency in ports operations can serve as an incentive pivotal or one of the major drivers of trade and investing activities in the country. 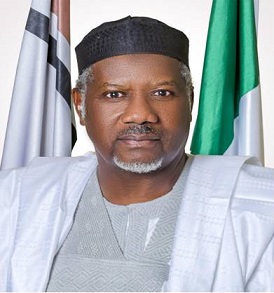 The federal government should show some significant efforts in the maritime sector by looking into some missing elements in the partial privatisation of the ports in the mid-2000s and other interventions especially in the area of bureaucratic red tape, illegal charges leading to high cost of operations, Customs double checks and constant delays the process of consignments.

It was reported that the Nigeria economy is currently losing about N600 billion in customs revenue, estimated $10 billion for non-oil export and about N2.5 trillion of corporate revenue in the maritime industry on an annual basis. Also capacity utilisation was reported at 38-40 per cent and approximately 40 per cent of businesses located around the ports because some offices and communities have relocated to other areas, scaled down operations or completely closed down. These developments have very huge implication for tax revenue, job creation and real economic activities with downside effect of about 3 per cent on the country’s GDP.

Due to challenges bordering on delay of import/export processes, heavy human and vehicular congestion around the ports, difficulty in gaining access to the ports due to bad roads, security concerns and incidence of corruption and infractions among the players – government officials and port users, the Nigerian ports are currently classified among the worst ports in the world.

Apapa gridlock is an existential problem for the country. The poor quality of port access roads, complex port procedures, and ineffective truck call-up system in the Apapa area, among other factors, continue to lead to delays and inefficiencies, with huge costs to the manufacturing of goods. In addition, its impact on the community is unbearable and has resulted in a reduction in property valuation as well as environmental and health hazards.

The President of Manufacturers Association of Nigeria (MAN), Engr Ahmed Mansur, recently said in an interview in Lagos that a lot of manufacturers are recording colossal losses as their goods get stuck in gridlock on Apapa port road for weeks; many firms are either suspending operations or relocating out of the area, even out of Nigeria to other African countries.

To this end, Mansur says, the organised private sectors are worried over the constant Apapa gridlock, urging the Federal Government to be proactive in solving the heavy traffic jam on the road.

According to him, the perpetual heavy traffic on the Apapa Road is having an adverse effect on the manufacturing sector and that of Nigeria at large, saying that the road has become a nightmare for the OPS.

He charged the Federal Government to engage the Nigeria Railway Corporation as an alternative route to alleviate the gridlock, allow NRC use rail for the evacuation of goods from the port to alternative terminals.

The MAN President added: “The OPS wants the Federal Government to create alternative route from Apapa to Ibafo to mitigate the effect of heavy traffic on the economy and as well relieve the road users.

“We called for a concessionary tax rate for Small and Medium Enterprises (SMEs) in order to promote the objectives of job creation and inclusive growth as enshrined in the Economic Recovery and Growth Plan (ERGP). Small businesses are more vulnerable to the current challenges in the economy, hence the high mortality rate. This group of businesses, therefore, deserves every support that the government can give.

“On the practice by the Federal Inland Revenue Service (FIRS) instructing the banks to put a lien on the accounts of alleged tax defaulters, MAN stresses the need for FIRS to adhere strictly to due process in dealing with issues of alleged tax defaults. There should be a proper communication and engagement with taxpayers to properly ascertain a tax liability before such extreme actions of invocation of a lien on the accounts of companies are taken. This practice is very disruptive and has caused grave embarrassment to many corporate organisations.”

“Foreign Direct Investment (FDI) is possible in this country. But government needs to encourage those investors who are already in the country.” when encouraged, it will attract even more new ones.

MAN President in his words saying we expressed concern about the investigating activities of anti-graft agencies and regulatory institutions regarding alleged infractions by corporate organisations. We admonishes that such investigation, as much as possible, be conducted in a discreet manner devoid of any form of media hype. This is necessary to avoid unwarranted reputational damage and erosion of investors’ confidence.

This position does not diminish the significance of compliance by corporate organisations with extant laws and the imperative of proportional sanctions for proven cases of infringements of the law. MAN is a leading advocate of sound corporate governance in the country.  Meanwhile, it is also important that there should be proper coordination between regulatory institutions and anti-graft agencies in dealing with suspected regulatory infractions to avoid duplication of investigative actions. When there is proper coordination among the government agencies, there will be foreign direct investment into the country.