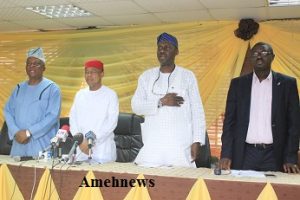 Manufacturers Association of Nigeria (MAN) has expressed its concern about the current state of interest rate in Nigeria.

The association at the MAN annual media luncheon led by its president, Dr. Frank Jacobs Udemba Today in Lagos noted that on of its major focus for the year 2017 is advocacy for concessionary interest rate of five percent for manufacturers.

Jacobs Udemba noted that the association has done it best on its advocacy on lowering the monetary policy rate, stressing that MAN would continued asking for five percent interest rate for the manufactuers as high interest rate will not favour manufactures.

The MAN President urged the Central Bank of Nigeria to take a drastic action about lowering interest rate for manufacturers, stressing that MAN members are not happy about it.

He pointed out that MAN has been working with Ministry of Industry, Trade and Investment to make a total Content Act as a bill to the Senate.

Speaking on foreign exchange, Udemba stated that unavailability of foreign exchange has forced most manufacturers to close shop or reduced their capacity. “Most of our members are depending on black market to source for foreign exchange for procurement of its raw material and machineries from abroad which will make us uncompetitive.

“Periodically, we engaged government on the issues of patronage of made in Nigeria products. We have had forum on it and weve recorded success, to day they are coming up with buy made in Nigeria policy.”

He stated that the association has mandated the federal government not to sign the ECOWAS-EU Economic Partnership Agreement in its current form, while advocating for the reviewing of Export Expansaion Grant (EEG) which has been in limbo since 2014. 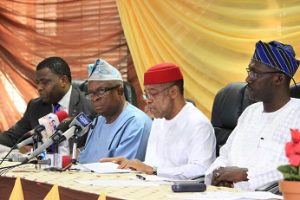 We are advocating for improve budgetary allocatiomn for the upgrade of critical infrastrutuce by the Federal government as evidence for the establishment of the Development Bank of Nigeria.

MAN President however stated that the association has secured a favourable tariff regime for the pharmaceutical sector and promoted sector-specific incentives of national economic development.

While speaking on 2017 focus, Udemba maintained that MAN in consonance with its mandate would pursue some strategic issues on the assocaition’s advocacy rader.

He urged the government to emforce significant improvement on infrastructure, especially power and transport.

MAN Boss tasked the government on general improvement in the business operating environment, calling for abolition of multiple taxation and unorthodox mode of collection and review of the CBN’s list of 41 items not vaild for foreign exchange to enable manufacturers’ source critical raw materials that are not available locally.

Commenting on backward integration policy of govenrmnt, he called for the development of the country’s abundant natural resources for industrial inputs and enactment of relevant manufacturing friendly laws.