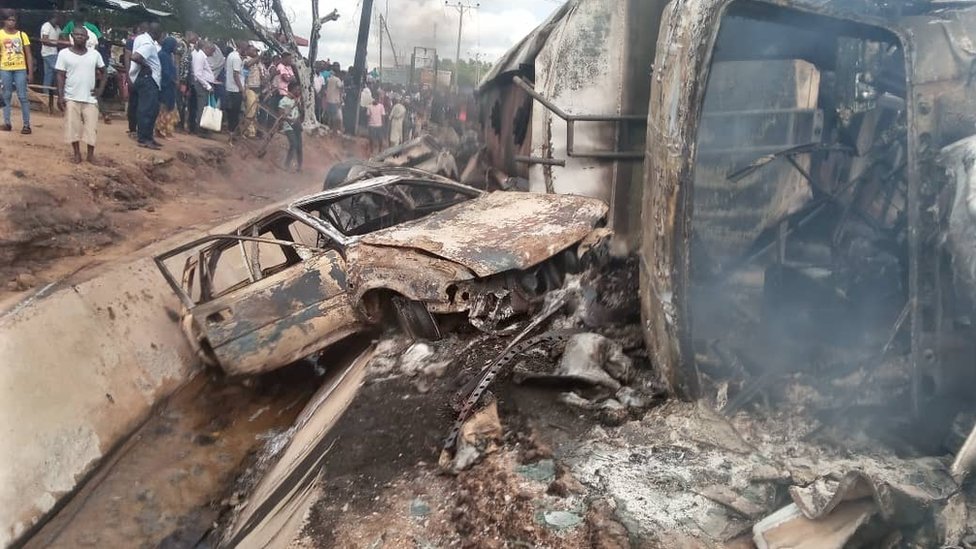 A primary school pupil and students were reported to be among the dead in the Lokoja  tanker explosion that took place in Nigeria on Wednesday.

The crash happened on Wednesday morning on a major highway in Lokoja when the driver lost control of the tanker after the brakes failed, local police said.

These types of incidents are common on Nigerian roads, reports the BBC’s Chris Ewokor in the capital, Abuja.

Many of them were pedestrians, including the students who were crossing the road to go to college, local resident Iliyasu Zakari told the BBC. Others who died included a group who were killed inside their car, he said.

Footage of the aftermath shared on social media shows a huge plume of black smoke rising into the air at the site of the crash.

In June, four people were killed in the country’s biggest city, Lagos, after two petrol tankers collided. The fire then spread to another tanker carrying natural gas. BBC

Kindly Share This Story:THE Joint Admissions and Matriculation Board, JAMB, has appealed to the media…