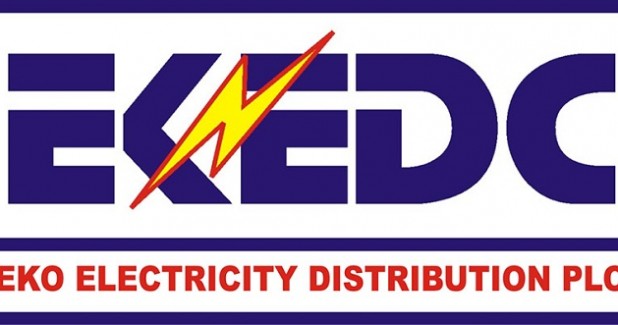 In ensuring effective metering system in the country, the management of  Eko Electricity Distribution Company Plc (EKEDC), has assured that ongoing Meter Assets Provider Programme (MAP) would put an end to metering challenges faced by customers in the country.

The Chief Executive Officer, Mr Adeoye Fadeyibi, made the disclosure at the company’s town hall meeting with customers of Orile District in Lagos on Thursday.

Fadeyibi, represented by the company’s Chief Finance Officer, Mr Joseph Ezenwa, said the essence of the meeting was to deliberate with customers on effective service delivery.

He said that the MAP programme, expected to commence officially in the country next week, was introduced to ensure electricity customers only paid for what they actually consumed.

Fadeyibi said that the programme provided for the supply, installation and maintenance of end-user meters by meter providers approved by the Nigerian Electricity Regulatory Commission (NERC).

According to him, customers’ responses at the meeting were encouraging, as they spoke with one voice.

He said: “If we give them electricity and the bills come along, they will be willing to pay the bills.

“Now, we are both committed and this is fantastic. We, in EKEDC will ensure stable supply once energy from the gird improves.

“So, by the time we come for another town hall meeting, you will tell us that supply has improved, and we would have fulfilled our promise.’’

Fadeyibi also informed the customers that discos could only distribute supply allocated to them from generating companies, while urging them to continually expose energy thieves around them.

This, he noted, would lead to reduction in what they called “crazy bill’’.

Fadeyibi said that bills were shared to consumers by the company based on what the meters from their different communities recorded for the month.

“What you call crazy bill is not crazy, according us in Eko Disco; we have an approved methodology for billing consumers who do not have functional meters.

“It is what we get from your transformer monthly that is being shared among the consumers.

“So, if your neighbours are tapping power daily or you see welding machines nearby and you think it is our responsibility to hold them, it will reflect in your bills.

“Expose your neighbours who are bypassing meters or anybody that is tapping supply from our electric poles now. This is for the benefit of both parties,” he said.

Fadeyibi assured the residents that the company’s prepaid meter roll-out programme would soon be extended to them when the MAP kick-starts.

The CEO, therefore, urged them to be patient with the company.

According to him, MAP is expected to fast-track the closure of the metering gap, encourage the development of independent and competitive meter services in the sector.

“Under the new MAP regulation, customer classes shall be amended to ensure that customers only pay for meters when it is physically installed in their premises.

The EKEDC boss warned the public against building structures, and engaging in social and economic activities under the High and Low Tension lines within its network.

He said that the management observed that such acts were being done with impunity, irrespective of the dangers associated with such violations.

“EKEDC has expended a lot of resources on enlightening the public on the dangers of the infringement.

“I implore members of the public to refrain from converting the underneath of power lines to markets, playground, motor parks or places of worship.”

Against this backdrop, Fadeyibi urged residents to always observe the mandatory distance in relation to the power lines in order to protect themselves from unforeseen danger.

On equipment maintenance, the EKEDC boss said huge amount of money had been spent by the company to maintain equipment under its network.

A customer, Mr Ugo Uzo, commended the company for its prompt response to complaints and improvement in electricity supply to the communities.

Uzo, however, pleaded with the management to continue with the effective service delivery which the communities had been enjoying for a while.

He urged the company to expedite action on the ongoing MAP programme, while pledging total support in ensuring vandals are brought to book.

Kindly Share This Story: The Head of Service of the Federation (HoS), Mrs. Folashade Yemi-…

Over Five Thousand Bags of Rice Rots in Customs Warehouse.