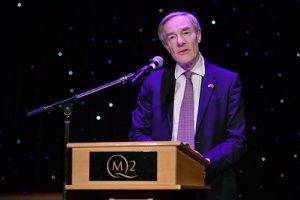 Maritime UK will draw on the successes of its very recent trade mission to Shanghai by organising a ‘China Day’ during the forthcoming London International Shipping Week 2017 (LISW17), due to be held in Britain’s capital from September 11 to 15.

The ‘China Day’ event will focus on issues related to trade with China and give participants an opportunity to understand more fully, market trends and business opportunities.

UK Government and Maritime UK used the Shanghai trip to invite a delegation of 30 Chinese Government and industry officials to attend LISW17, including the Governor of Pudong, Mr Hang Yingwei, who received an official and personal invitation from the UK Trade Minister, Mark Garnier.

Visiting delegates are likely to come from the Shanghai Municipal Bureau of Human Resources’ Maritime Professional Division; the region of Pudong; as well as representatives from the Maritime Finance & Excellence Centre in Shanghai.

The very successful three-day Shanghai trade mission focused on opportunities for the UK in China and for Chinese investment in the UK. The Institute of Chartered Shipbrokers used the opportunity to sign an agreement with the Chinese Transport Ministry to provide training.

Speaking at the event, David Dingle, Chairman of Maritime UK and Carnival UK and a member of the LISW Board of Advisors, referred to the deepening trade and investment relationship between the UK and China, “not least because of both countries’ commitment to delivering a ‘Golden Era’ in Sino-UK relations. Maritime UK fully endorses a closer relationship with China, which serves the mutual interests of both countries.”

He added: “China and Britain are both global maritime and trading powers with a global outlook. We are working together to solve global issues, build economies of the future, and develop our strong trade, investment and people links.  We are leaders and strong believers in truly global trade.

“UK exports to China grew 63% from 2010 to 2015, and China is expected to be the UK’s second largest foreign investor by 2020. The maritime sector has a crucial role to play at the heart of this – in facilitating trade between our countries, but also through the export of our own innovative world-leading products and services, and through attracting inward investment.”

Speaking just as the UK triggered Article 50, Mr Dingle said: “As Britain goes out into the world, determined to increase exports and sign ambitious trade deals, we have a unique responsibility to make ‘Global Britain’ a reality, and our being here today demonstrates our commitment to doing so.

“Leaving the European Union, the UK will have the opportunity to forge new trade deals with countries around the world, including some of the most exciting, dynamic, and fastest growing economies. The fact that we stand here today demonstrates our commitment to strengthening the UK-China relationship as we prepare to leave the European Union.”

In an email sent to amehnews,the event will be taking place as from September 11 to 15, LISW17 will be the must-attend event of the global maritime calendar with more than 140 industry functions and unique networking opportunities.