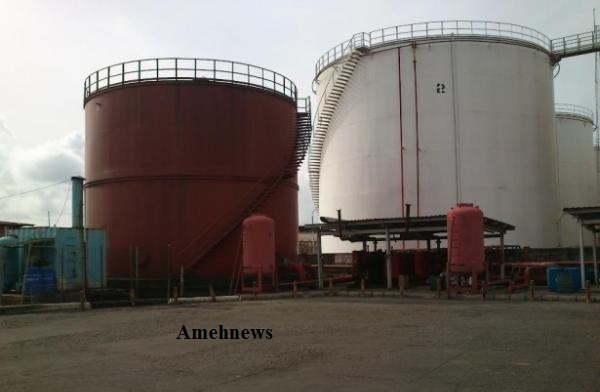 The perennial traffic crisis in and around Apapa area of Lagos, notwithstanding, the Federal government has approved the construction of a new tank farm on Creek Road.

The construction, if allowed, will worsen an already terrible situation and further put the economy under pressure through increased cost of cargo clearance. The new tank farm will attract additional 800 trucks to Apapa which will further worsen the carnage on the nation’s port city.

Seaport Terminal Operators Association of Nigeria, STOAN, has decried reports that the Federal Government has granted approval for an oil company to open a new tank farm on Creek Road, Apapa. Protesting the construction of a new tank farm, Chairperson of STOAN, Princess Vicky Haastrup described the reported approval as ill-timed and ill-advised. Haastrup disclosed that the report indicated that the tank farm, currently being constructed, has a capacity to hold up to 50 million litres of petroleum products, and would attract about 800 additional trucks per day into the already congested Apapa area. According to the STOAN Chairman;

“It is unheard of that anyone will conceive the idea of setting up a tank farm in Apapa at this time. Government should review this approval so that the problem facing the port community and residents of Apapa is not compounded.” She said in addition to bad roads and the absence of truck parks; the preponderance of tank farms and oil depots has largely contributed to the menacing gridlock in Apapa.

According to Haastrup, “There is an over-concentration of oil tank farms in Apapa, which is an area predominantly designed for port operations. There is now a situation where we have proliferation of oil tank farms without regards for the safety and logistical implications. “Government needs to consider relocating even the existing tank farms out of Apapa and discontinue approval for new ones. “Tank farms should normally be located several miles away from the city and from the port area for safety reasons.”

In April this year, Lagos State government said it had initiated talks with the Federal Government on how to relocate oil tank farms from Apapa. Also yesterday, the Chairman of Association of Maritime Truck Owners, AMATO, Chief Remi Ogungbemi condemned the move to construct a new tank farm in that axis saying that: “It runs contrary to the solution we are trying to proffer in resolving the traffic situation in Apapa.

“It is not the right decision, the decision must be quickly reversed to save Apapa and the nation’s ports from total collapse.” Reacting to the development, National Publicity Secretary of the Association of Nigerian Licensed Customs Agents, ANLCA, Mr. Kayode Farinto said the construction of a new tank farm on Creek road shows the insensitivity of government to the plight of the people. He said;

“If any government official can still give approval for sighting a tank farm in Apapa despite what we go through on that road, it shows that the All Progressive Congress, APC, is not a serious government”. Similarly, a resident who pleaded anonymity told Vanguard that since the traffic logjam started had been contemplating moving out of Apapa.