Workers Union of Nigeria (MWUN) will begin a nationwide strike on Wednesday, July 3, after the expiration of a two-week strike ultimatum issued by the union on June 13 over non-payment of stevedoring contractors. 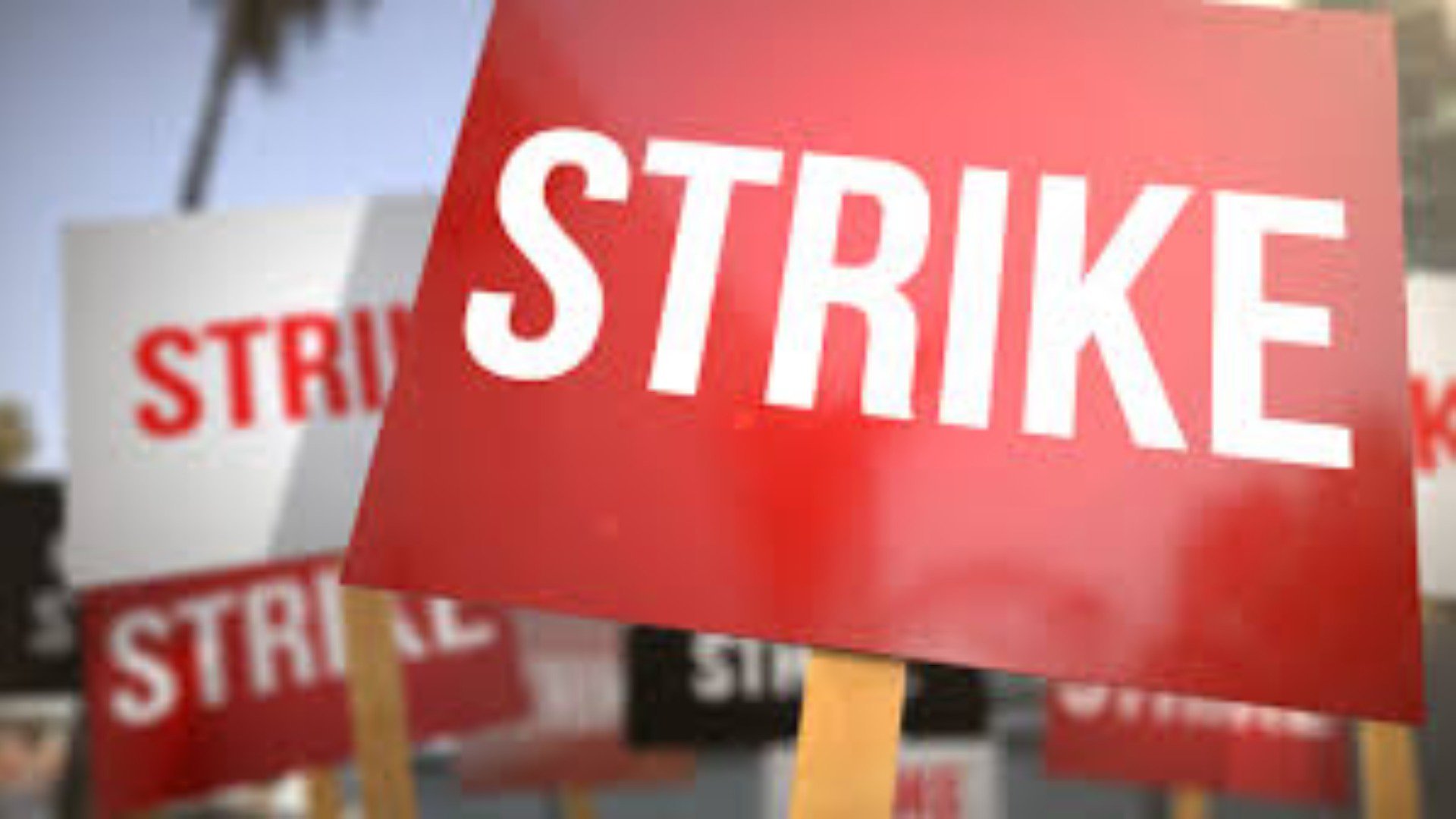 Mr Abdul-Waheed Adeyanju, the President-General of MWUN made this known in a statement issued in Lagos on Sunday.

According to him, the leadership of the union has directed that members of the union shall withdraw services throughout the nation’s seaports effective from 06.00 hours on Wednesday, July 3, 2019.

Adeyamju said that the two-week notice issued on this subject lapsed on Friday, June 28, saying that there was no indication that the issue was being addressed.

He said that the union had given the International Oil Companies (IOCs) two weeks’ notice concerning the matter.

The News Agency of Nigeria NAN (NAN) reports that the union gave a two-week ultimatum on June 13 pleading with the Federal Government to urge IOCs to pay government-appointed stevedoring contractor monies being owed.

Adeyanju had urged the Permanent Secretary in the Federal Ministry of Transport to look into the issue so that dockworkers could be paid their salaries and wages.

He said that failure to pay government-appointed stevedoring contractors for jobs done had made it impossible for their workers to be paid salaries.

According to him, the situation had led to untimely death of members.

“Dear stakeholders, we want to use this medium to intimate you and the Federal Government of the non-payment of the stevedoring wages to dockworkers by the International Oil Companies (IOCs) operating in Nigeria.

“On June 1, 2018, the Nigerian Ports Authority (NPA) appointed stevedoring contractors to provide stevedoring services at various off-shore jetties and on-shore locations to the International Oil Companies and other operators.

“It will be necessary to inform you that NPA had held several meetings with these operators to grant access to the government-appointed stevedoring contractors, process their invoices, and effect payment,’’ Adeyanju said.

According to him, unfortunately, the operators refused to comply with NPA’s directive one year after the stevedoring contractors were appointed.

“We commend the managing director and management of NPA for the efforts they had made to compel the IOCs to engage the services of appointed stevedores and registered dockworkers in their stevedoring operations.

“A stakeholders’ meeting was held on Feb. 28, 2018 organised by NPA in Lagos to sensitise IOCs, jetty owners, and terminal owners,’’ Adeyanju said.

NAN reports that the NPA management made it clear that in line with Section 27 OF NIMASA Act, 2007 only government-appointed stevedores and registered dockworkers are empowered by law to solely handle, discharge and embark on loading operations at the ports, jetties and oil platforms.

Adeyanju wondered why the IOCs refused to cooperate with the newly-appointed stevedoring contractors since the modus operandi remained the same.

The union boss said that while dockworkers were awaiting the payment of their wages, they could no longer meet their family obligations like payment of house rents, children’s school fees and hospital bills, among others.

Adeyanju said, “We can no longer continue to watch our members die prematurely because of the attitude of the IOCs.’’

Kindly Share This Story:  ….50% increment is expected to take effect from 1st of June…

ECOWAS Plans to adopts ECO as single currency by January 2020