No fewer than one million rice farmers are currently been mobilised to begin massive rice production for the dry season programme. 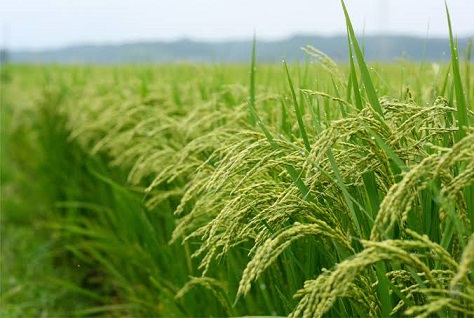 The momentum for this year’s production is fired by the land border closure and the apparent benefits, among them widening of the internal market.

The border shutdown is a turning point for rice farmers across the country, motivating many who hitherto left production to return with greater enthusiasm.

National president of the Rice Farmers Association of Nigeria (RIFAN), Alhaji Aminu Goronyo, while speaking with Daily Trust Monday said arrangements have been concluded to motivate one million farmers nationwide under the Central Bank of Nigeria (CBN) Anchor Borrowers’ scheme.

“The major preparation that we started is that the CBN invited RIFAN last week; met with us and gave us the nod to quickly identify the participating farmers and also gave us the go-ahead to do everything possible to achieve more production in the dry season that is already in place.

“And he (the CBN Governor, Godwin Emefiele) has given us the go-ahead to consider at least one million farmers for the dry season which, by extension if we are able to achieve that one million, five million metric tons will be produced,” Alhaji Goronyo stated.

Following the directive, the RIFAN president has begun a tour of the major producing areas to motivate and mobilise farmers to meet the five million tons target.

“I’m on a tour to all the producing states. I started touring Sokoto, Kebbi, and will be going to Zamfara, Taraba, Cross River, Ogun, Ekiti, Ebony and Anambra, virtually all the producing states,” he said, emplaning that the dry season was already in place virtually across the country and the preparation was in top gear to make sure that there are enough paddies for millers to mill for consumers in the country.

No shortage of seeds, fertiliser

For the dry season, the leader of the rice farmers does not envisage any problem occurring in the areas of availability of quality seeds and fertiliser.

“As I’m talking to you, we have more than enough fertiliser in all the production areas that we have already deployed; the seeds also are already there.

“In Cross River, we have signed a MoU to work with Governor Ayade who has a seedling factory that has enough to cater for all the farmers that are going to transplant during the cultivation period. So we don’t have problem with fertiliser and seed,” he stated.

Aminu Goronyo stressed that the CBN has provided all the necessary support, particularly in those two items, adding that they also have major companies that are supplying agrochemicals for the control of weeds, and also herbicides.

If everything goes well and the farmers harvest five million tons on an average of five tons per hectares, they will rake in N650 billion for the dry season alone on an average of N130,000 per metric ton, which is currently the case in some markets across the country.

A piece of advice for farmers

The RIFAN president advised farmers that they should give adequate attention to their business because rice production today is a business.

“They should know that the president has directed that the entire land border should be closed; it is a big opportunity for those farmers to capitalise on the presidential directive so that what they produce will easily be consumed by millers who will purchase, mill and sell.

“They should pay proper attention to continue to harness the opportunities that are available around that initiative of border closure,” he said.