…. a special resolution to approve raising of capital through private investors

One of the airline operators in Nigeria, Med-View Airline Plc, has released its financial statements for the year ended December 31, 2018 showed revenue generated by the company in the year dropped by 74 percent to N9.6 billion from N37 billion a year earlier. 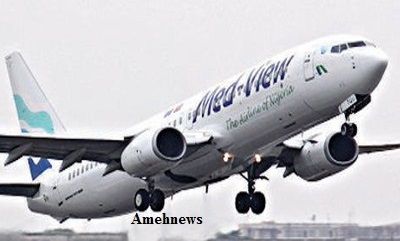 As expected, the figures were disappointing, indicating that the company might really be going through a tough time at the moment.

Both the topline and the bottomline were in red and urgent steps must be taken by the management to keep the firm afloat or else, things might get out of hand.

However, the company improved its other income to N40.3 million in the year from N7.4 million, while the finance costs went down to N192.7 million from N227.1 million, with the administrative expenses rising to N5.7 billion from N4.3 billion.

Furthermore, Med-View Airline ended the 2018 financial year with a loss after tax of N10.4 billion against the profit after tax of N1.3 billion in 2017, representing a 925 percent decline.

Commenting on the performance, Chairman of the company, Mr Abdul-Moshen Al-Thunayan, said the effect of the economic downturn in Nigeria “impacted adversely on our operations as there was reduction in credit opportunities which in turn affected our income.”

Furthermore, he said, “The performance of the airline was adversely impacted by the partial stagnation in the revenue generation (passenger traffic/cash in-flow) due to the lack of aircrafts and high cost of maintenance and improvement items due to foreign exchange fluctuation.”

“The aviation sector remained highly taxed and has witnessed the issue of double taxation on numerous items unresolved even after the government made promises to reduce it. Other airlines are not spared of the adverse impact of these difficult operating conditions,” he added.

Going forward, he said, “Our focus in the coming years is to deal with our weaknesses and enhance our strengths so we can become once again, the number one airline in Nigeria, it is our view that to be able to do this we should take a strategic view to assess the threats and opportunities in our landscape.”

The report indicated that in order to expand its operations and bounce back to profitability, the board of Med-View Airline is seeking approval to raise fresh capital.

This would be one of the issues to be discussed at the Annual General Meeting (AGM) of the firm slated for a later day in 2019.

The company revealed that the board, at the meeting, will ask shareholders to consider and if thought fit, pass with or without modification(s) a special resolution “to approve raising of capital through private investors.