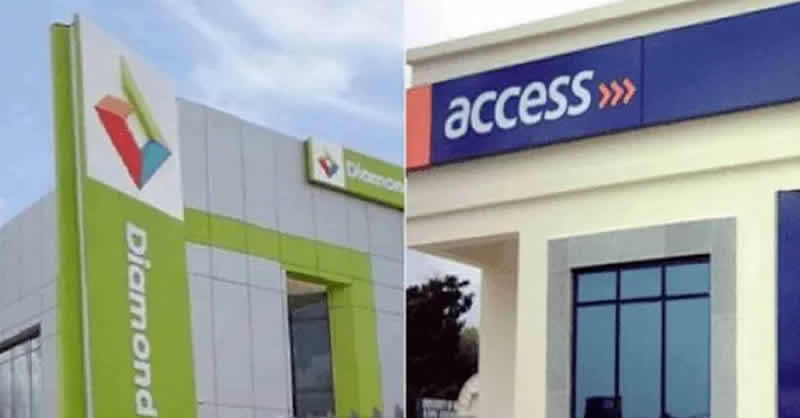 The share price of Access Bank Plc has declined by 32.52 per cent since the bank confirmed its plans to merge with Diamond Bank Plc.

However, the share price has been steadily declining, dropping to N5.50 at the end of trading on the floor of the Nigerian Stock Exchange on Wednesday.

Analysts, who spoke in separate interviews with our correspondent after the announcement of the merger in December, explained that the decline in the bank’s share price could be attributed to the dilutive effect the merger would have on the shareholders.

The Head, Research and Strategy, Cordros Capital Limited, Christian Orajekwe, noted that the merger would have a dilutive effect on the existing shareholders of Access Bank and that the percentage holding of people’s shares in the bank would drop because the merger would create new shares to a new set of investors.

The Managing Director, Afrinvest Securities Limited, Ayodeji Ebo, stated that a lot of investors sold off shares in Access Bank because they might not see gains in a long time.

He said, “In actual fact, the impact of the acquisition will not come into play until the last quarter of 2019. If you are not a very long-term investor, it will not transfer to capital acquisition. That is why people are selling off their shares in Access Bank.”

The bank said the offer represented a premium of 260 per cent to the closing market price of N0.87 per share of Diamond Bank on the Nigerian Stock Exchange as of December 13, 2018, the date of the final binding offer.

Analysts said the outstanding shares of the company, which currently stands at 28.93 billion, might go up further following the conclusion of a planned rights issue as the bank intends to raise N75bn through a rights issue.

“The implication of this development is that if the stock continues to decline, the bank may be forced to review the terms it has offered Diamond Bank shareholders. It would either have to issue a larger number of additional shares or a bigger cash payment,” analysts on Nairametrics said.

They added that an increased number of shares in issue could mean that the bank’s earnings per share and dividend payment might drop.

Kindly Share This Story: The Bank of Industry is reviewing its strategic priorities to ensure…

A Disruptive Tool to Youth Unemployment in Africa: The Africa Internship Academy Approach