The finalists of the 2017 Mersey Maritime Industry Awards (MMIAs) have been announced. 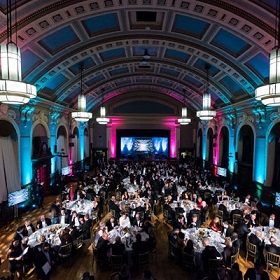 The winners will be revealed at a prestigious black tie dinner that will have a Ministerial presence and promises to bring together the best of the maritime industry right across the Maritime, Logistics and Energy spectrum in the region.

The MMIAs are organised by sector representative body Mersey Maritime and the Awards recognise the excellence and diversity that exists across all sectors of the maritime industry in the North West.

Chris Shirling-Rooke, Chief Executive, Mersey Maritime, said: “The number and quality of entries for the 2017 MMIAs has risen for the third consecutive year, which will make for an exciting awards evening when the winners are announced on 9th March. The response from companies operating in the maritime and related industries  here in the UK’s North West proves without doubt that ‘Liverpool is back’- the theme we have chosen for this year’s awards.“

He added: “This year we have moved the MMIAs to Liverpool Football Club, a much larger venue with a view out towards Liverpool2 – the new deep-water container terminal at the Port of Liverpool – to try and meet demand but we are still running a waiting list for places. It’s a measure of the sector’s confidence that we are once again at absolute capacity for this eagerly anticipated annual event.”

Engineering Company of the Year Award

Micro Business of the Year

Sponsored by the Manufacturing Technology Centre

SME of the Year

There will be a ‘Meet The Finalists’ reception for the judges and the nominees on Thursday 9th February.

The winners will be announced at a black tie Awards Dinner four weeks later on 9th March at Liverpool Football Club.