The Micro Pension Scheme was established part of the Federal Government’s efforts to boost financial inclusion policy through the National Pension Commission (PenCom) which was launched March 28, 2019 officially by the President Muhammadu Buhari from the Presidential Villa in Abuja. 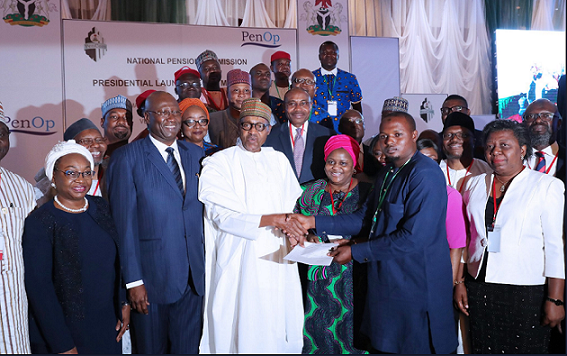 That Micro Pension Plan (MPP) under the new pension scheme after 18 months of it birthed has reached about 51, 974 subscribers of informal sector workers have contributed N42.1 million as contributions into their Retirement Savings Accounts (RSAs) as at 30th of June, 2020.

The report further disclosed that the initial plan was aimed as part of the Government’s plans to ensure that hardworking Nigerians live in dignity and retire in peace when due.

Also, it was stated that, over N32.32 million of micro pension contributions have been invested as at June 2020, the commission added that, it had maintained its effort to enlighten and educate informal sector workers on the enormous advantages of the micro pension plan.

According to the statement, Micro Pension Plan, would expand the coverage of pension contributors by an estimated 30 million people by the year 2024.

The acting director-general, PenCom, Mrs Aisha Dahir Umar, had earlier said, Micro Pension Plan, which was established through the Provisions of Section 2(3) of the Pension Reform Act (PRA) 2014, was aimed at ensuring that the informal sector participants save towards their old age, adding that, this category of workers constitutes a large percentage of the working population in the country.

The plan, she said, was meant for the self-employed and persons working in organisations with less than three employees, adding that, this category of workers constitutes the larger segment of working population in the country..

He stated that over 60 per cent of the country’s population fall under the informal sector and are largely unharnessed, adding that a deliberate policy and plan would be required to drive this.