…promise to move the agric sector to the next level. 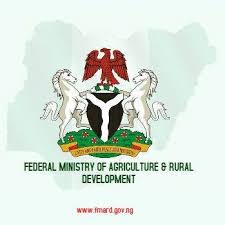 Alhaji Mohammed Sabo Nanono and Alhaji Mustapha Baba Shehuri have assumed duties as the new Minister of Agriculture and Rural Development (FMARD) and Minister of State.

Addressing Directors and staff of the Ministry today, in Abuja, the Hon. Minister of Agriculture and Rural Development, Alhaji Nanono noted that the Agriculture Sector is a key component of Mr. President’s Next Level Agenda.

The Minister pointed out that the “Agriculture sector is the largest employer of labour in Nigeria, adding that if Nigeria gets Agricultural policy right ,the country may not only feed its citizens but the entire West Africa Countries’’

In his welcome address, the Permanent Secretary, Dr. Mohammed Bello Umar pledged their support and commitment to the success of the Hon Minister and Hon Minister of State’s tenure.

He also sought the cooperation of members of the Labour Union of the Ministry which he said was necessary for a peaceful working environment.

Alhaji Mohammed Sabo Nanono was a University Lecturer, Civil servant, a Banker who rose to the position of Managing Director of African International Bank (AIB), (village Head of Tofai in Gabasawa, a farmer and politician.