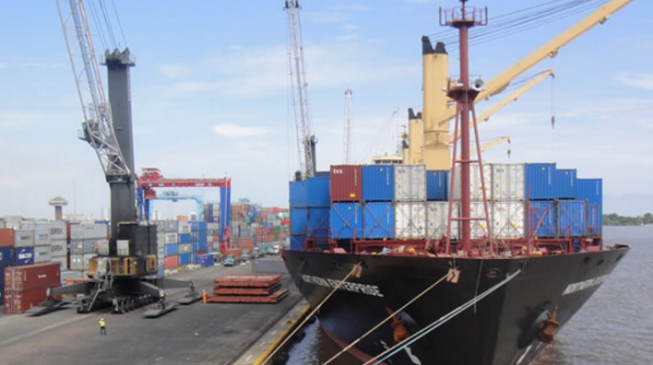 The Nigerian Ports Authority (NPA) says it has been unable to identify the 282 vessels which the senate said got missing under its watch.

During an investigative hearing on Monday, Hope Uzodinma, chairman, senate committee on customs, excise and tariff, told the NPA to account for the vessels.

Uzodinma had said the vessels berthed without records and failure to respond in four days would force the senate to treat it as a financial crime.

“On Thursday, July 20, 2017, the senate committee on customs, excise and tariff handed over documents containing a list of 29 items which are a combination of vessels and details of individual Bill of Ladings of consignments carried by different vessels to representatives of NPA for review,” the statement signed by Ibrahim Nasiru, principal manager public affairs, NPA read.

“On July 24, 2017, the NPA received another set of ten volumes of items numbering 1-1252 alleged to have been transported by vessels said to have called at the NPA.

“The NPA has reviewed the documents as requested by the committee and has made the following discoveries:

“We discovered that the other 24 items are repetitions of the five vessels that were identified.”

NPA said it had sent a report with relevant documents showing payment of all charges for the five vessels to the senate committee.

“Concerning the ten volumes of items numbering 1-1252 handed over to the NPA by the Nigerian Shippers Council, the NPA was unable to conduct a meaningful review as the documents did not provide the data that will enable verification,” the authority said.

“No vessel names were provided; no dates of arrival of the vessels were given (This makes it impossible for us to establish links with the manifest, bill of lading and consignee).

“No port of call and name of terminal where vessel berthed were provided; no rotation number of vessels was supplied.”

Ambush of oil workers: Corpses of 18 soldiers, 30 others arrive Maiduguri