FAAN out to put to an end the illicit activities of baggage handlers and other airport workers who allegedly plant prohibited drugs in passengers’ luggage, hence the comprehensive CCTV will be extended to all nooks and crannies of the international airports in the country. 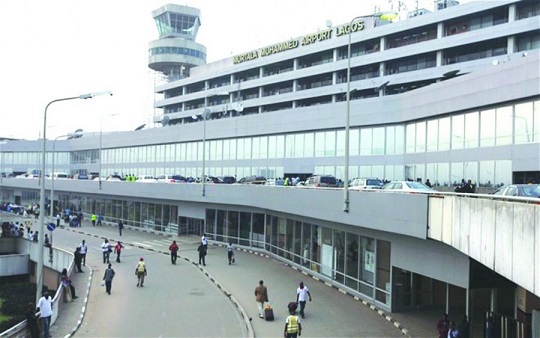 Airline operators and other users of the Murtala Muhammed International Airport (MMIA), Lagos, have confirmed that there has been improved security at the terminal and airside of the airport.

It was noted that some Close-Circuit Television (CCTV) has been deployed at the various areas at the international terminal and also at the sterile areas of the airport after the runway incursion of the Nigerien who gained access to the domestic runway of the airport few months ago.

When contacted, the Chief Operating Officer of the Nigerian Aviation Handling Company Plc., Herbert Odika, affirmed the improvement saying it was one of the major reasons why there have not been baggage losses at the airport in recent times.

“One of the major reasons that there is no baggage pilferage anymore is because Federal Aviation Authority of Nigeria (FAAN) has got one thing right and that is the CCTV system within the airport, he reiterated.

Odika cited an instance of a passenger that came claiming that his bags were pilfered and all that and we went to watch the bags movement on camera and saw the passenger actually taking things out of his bag and putting them in another bag and claimed that his bag was pilfered.

“The airline called him to come and wanted to replay the camera but he did not show up because he knew he would be caught. So with improved CCTV; that has helped,” Odika said.

He further disclosed that people woo staff of NAHCO who work at the baggage handling section of the airport, but the workers always rebuff such temptations because of their training, the fact that every part of the airport terminal is being watched and the disciplinary action such a staff would have to face.

He said that it was erroneous to believe that every baggage pilfering emanates from the Nigerian airport, noting that pilfering was a universal habit that could happen at any airport in the world.

“One misconception we had was that every single pilferage, theft or loss has originated from Nigeria; far from it. They steal bags in big countries like the UK and others. Remember that it is human beings that do these things; they go in the aircraft hold and pilfer bags and things get missing in many other countries.

“In addition to the security provided by FAAN, airlines have secondary security apparatus like Checkports, Pathfinders and others that monitor what the ground handling companies do when offloading bags,” he added.

Also the General Manager, Public Affairs of FAAN, Henrietta Yakubu, told THISDAY that security at the Lagos airport has been fortified.

“There is intensive patrol going on 24 hours a day on the airside. There is also the screening of all passengers with additional screening by the airlines. Then we have static guards at the holding point of aircrafts.

“We have the escort of all aircraft arriving Nigeria and those taxiing to the runway to take off. FAAN’s Aviation Security (AVSEC) is also collaborating with other security agencies, including the military, the Nigeria Air Force, the Nigeria police and the National Drug Law Enforcement Agency (NDLEA) to fortify the airport,” Yakubu said.