Nicolas Otamendi says Manchester City will not be sitting back on their two-goal lead when they travel to Monaco for the second leg of their Champions League last-16 clash on Wednesday. 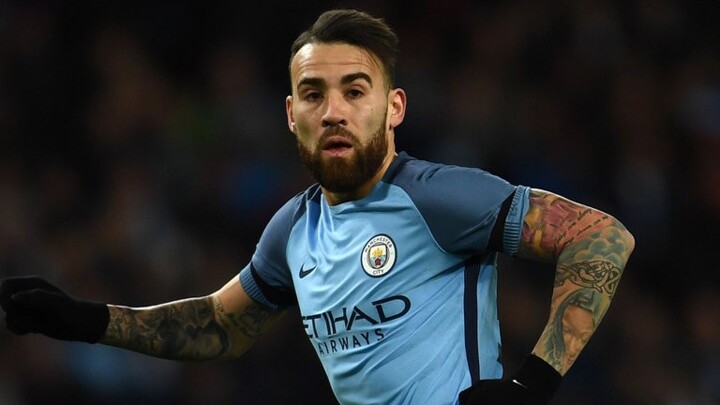 The Premier League side came from 3-2 down to win a thrilling first leg 5-3 at the Etihad, leaving Monaco needing to score at least twice if they are to progress to the quarter-finals.

But City defender Otamendi is aware of the threat posed by the Ligue 1 leaders, who are the top scorers in Europe’s top five leagues, having scored 123 goals.

“We’re aware Monaco are a really great team,” he said. “They have very important players. You can’t give them a single chance because they are very good.

“We need to correct some defensive mistakes but our aim is to go there and win. We’ll think of it as if it’s 0-0 and will go there to win.” 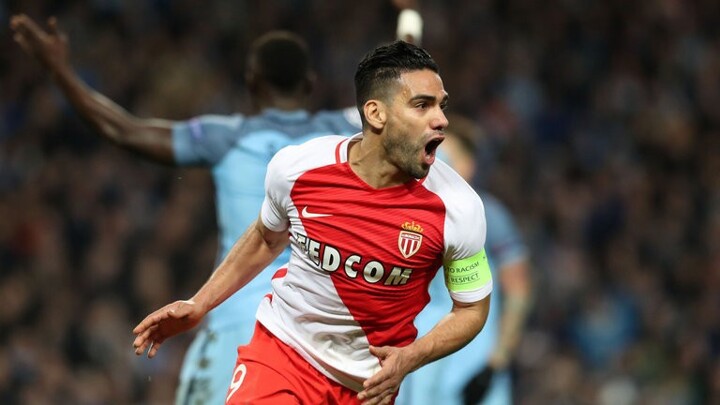 Monaco’s Radamel Falcao is expected to be fit

Since beating Monaco in the first leg, City have advanced to the semi-finals of the FA Cup with wins over Huddersfield and Middlesbrough.

They have also kept seven clean sheets in their past 10 matches.

“We know they are very powerful team from midfield and attack, and their full-backs like to go forward,” said Otamendi. “We need to focus at all times and correct those small mistakes.”

Monaco have won three of four games since the first leg, scoring 12 goals.

“We’re at a crucial stage in the season. In the Champions League, one mistake in a game can be fatal,” said Monaco striker Radamel Falcao, who is expected to be fit.

“We need to raise our level of concentration to make up for our lack of experience in this competition.”

City have no new injury concerns, with Willy Caballero expected to return in goal to replace Claudio Bravo.

Monaco will be without Kamil Glik due to suspension while Gabriel Boschilia and Guido Carrillo are out with injury. 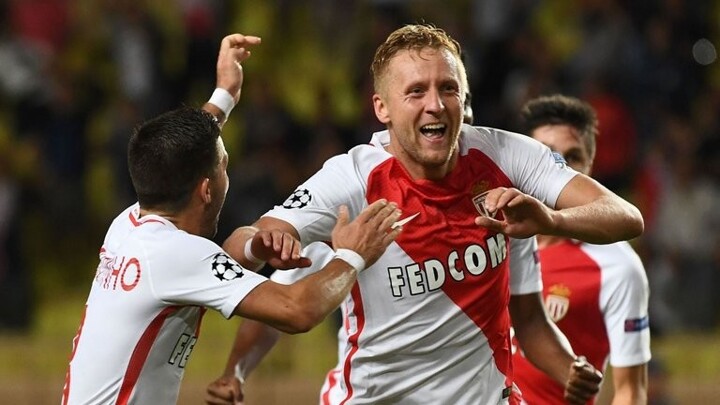 Kamil Glik will be missing for Monaco

Falcao suffered a hip injury after coming on as a substitute against Bordeaux on Saturday, but is expected to be available.

Monaco have lost six of their past eight Champions League knockout games (W1 D1), with their only win in that time coming in London against Arsenal (3-1, February 2015).

There were 10 yellow cards handed out in the first leg at the Etihad Stadium; the most in a Champions League game this season.

Manchester City and Monaco have both only kept one clean sheet in this season’s Champions League: Only Real Madrid have had fewer (0) among teams in the last 16 (also Napoli on one).

Raheem Sterling has been directly involved in 10 goals across his past nine Champions League starts (five goals, five assists).

Fernando Torres could make his return as Atletico Madrid bid to reach the Champions League quarter-finals on Wednesday. 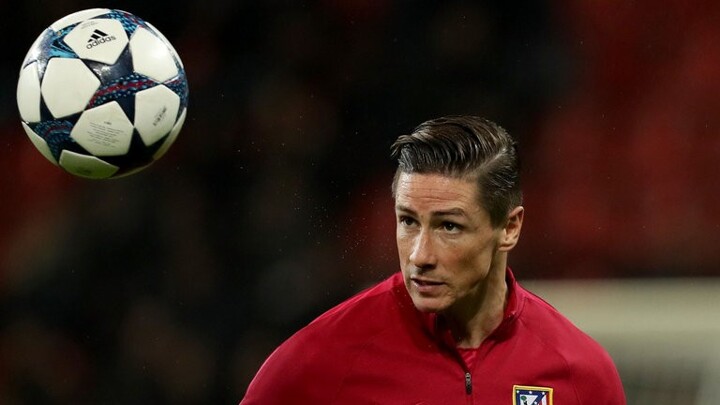 Atletico are strong favourites to reach the last eight for a fourth straight year after Torres scored in a 4-2 first-leg win against Bayer Leverkusen in Germany three weeks ago.

Torres returned to full training on Monday for the first time since losing consciousness in a challenge with Deportivo la Coruna’s Alex Bergantinos that saw the striker leave the ground in an ambulance.

However, the 32-year-old was released from hospital less than 24 hours later having suffered no serious injuries.

“We imagine that for Wednesday he will be available,” said Atletico boss Diego Simeone.

Atletico have only lost one of 20 Champions League games at home under Simeone.

“We have a great result from the first leg, but we can’t be complacent. We need to give our all again on Wednesday,” said Atletico midfielder Koke.

Leverkusen travel to Spain under new management as Tayfun Korkut replaced the sacked Roger Schmidt after the first-leg defeat was followed up by a 6-2 thrashing at Borussia Dortmund.

However, Leverkusen are hoping for a comeback of Barcelona proportions after the Spanish champions fought back from a 4-0 first leg defeat to beat Paris Saint-Germain 6-1 last week. 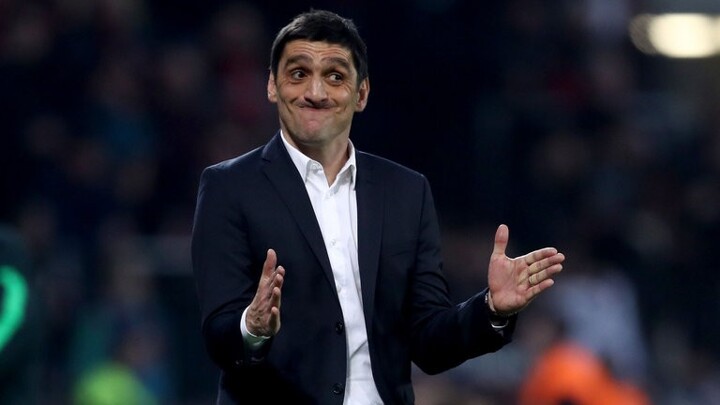 “We know it’s going to be difficult and it’s hardly possible, but we will give it our all and try to make the impossible possible,” said centre-back Omer Toprak.

Saturday’s 1-1 draw with Werder Bremen left Leverkusen languishing in the bottom half of the Bundesliga.

Whether Torres starts for Atletico depends on Kevin Gameiro’s fitness as he missed Saturday’s 1-0 win at Granada with an abdominal injury.

Atletico will definitely be without captain Gabi and left-back Filipe Luis as they picked up yellow cards towards the end of the first leg.

Leverkusen will be depleted by injury and suspension themselves.

Kai Havertz, 17, made his first start in the Champions League last month against Atletico but will not feature in the return leg due to school exams

Atletico Madrid have only tasted defeat in one previous meeting against Bayer Leverkusen in European competition (W2 D2).

Atletico have progressed in both of their previous Champions League knockout ties when claiming victory the 1st leg (AC Milan in 2013/14 & Bayern Munich in 2015/16).

Bayer Leverkusen have reached the knockout stages for the fifth time in their last six Champions League campaigns. However, they haven’t progressed past the round of 16 since 2001/02 when they were beaten finalists. 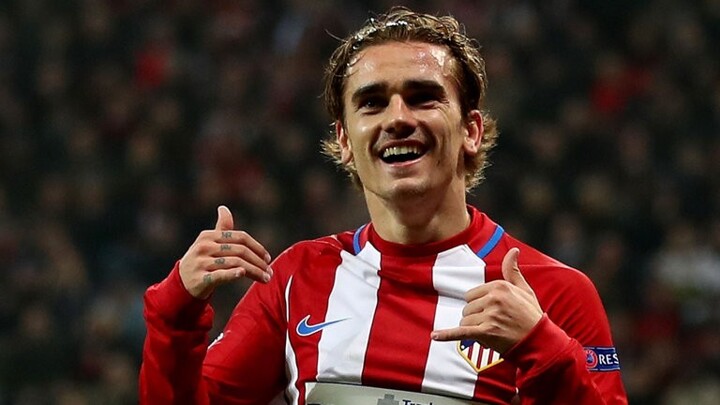 Antoine Griezmann scored in the first leg for Atletico

In fact, Bayer Leverkusen have lost nine of their last 10 Champions League knockout games (W1), their only win in that run coming against Atletico Madrid (1-0, February 2015).

Bayer Leverkusen have only been able to score five times across their last seven matches in Spain against Spanish opposition in the Champions League; never managing to record more than one goal in a single game during this run.

Kindly Share This Story:As sport activities across the world intensifies after the four-month interruption, many…