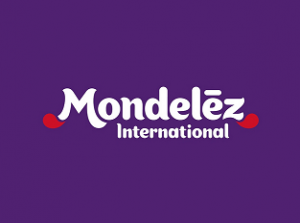 In a statement on Monday, Mondelez said it was pleasedto reach the civil settlement, in which it neither admitted nor denied wrongdoing.

The accord resolves charges that Mondelez violated the internal controls and books-and-records provisions of the Foreign Corrupt Practices Act.

According to the SEC, Cadbury India paid a local businessman $90,666 in 2010 to work with government officials in the Indian state of Himachal Pradesh and obtain licenses and approvals to add capacity at the Baddi plant, which was built in 2005.

The SEC said Cadbury India’s books and records did not accurately reflect the nature of the businessman’s services, for which it received five invoices but had no written contract.

It also said Cadbury India lacked FCPA adequate compliance controls to ensure how the payments were used.
Mondelez ended its relationship with the businessman in October 2010, the SEC said. An SEC subpoena was issued four months later.

Mondelez, known at the time as Kraft Foods, bought Cadbury in February 2010. Some of the company’s other products are Halls cough drops, Milka and Toblerone chocolate, Oreo cookies, Philadelphia cream cheese and Ritz and Triscuit crackers